Here It Is: The World's Oldest Sperm 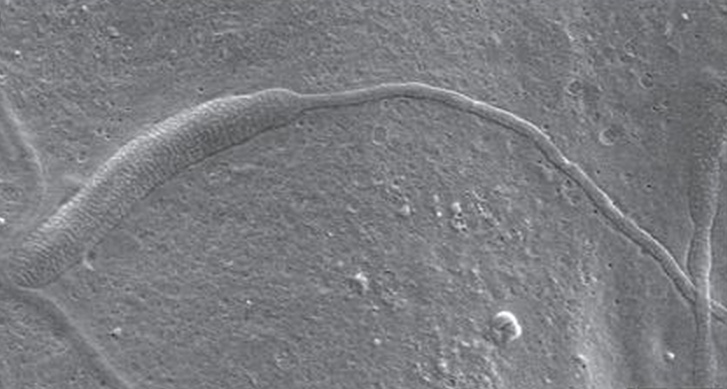 Doesn't look a day over 40 million, right? This fossilized sperm and its compatriots turned up in a 50-million-year-old worm cocoon in Antarctica. And it has some pretty exciting implications for scientists—aside from the obvious news that we're looking at a loser of an eons-old swimming race. Ordinarily, squishy worms don't wriggle into the fossil record. Their boneless bodies tend to disappear from history, just like the soft parts of animals with skeletons. That's why scientists don't know much about the evolution of clitellates, a class of creeping animals that includes earthworms and leeches. All they've left in the fossil record is a scattering of their hard egg cases, or cocoons. These cases don't start out hard. A worm first secretes the cocoon as a sticky tube around its body. (It oozes from the "clitellum," which on an earthworm is the part that looks like a turtleneck.) Then the worm shimmies out of the tube. As it exits, the worm—a hermaphrodite—leaves behind some of its own sperm and eggs. Then it seals up the cocoon. Over the following hours or days, the little mucus pocket hardens into a sturdy case, and the sperm and eggs inside mix to create new worm embryos that will develop in a safe home. Stephen McLoughlin, a paleobiologist at the Swedish Museum of Natural History, was using a scanning electron microscope to study the structure of these cocoons when he discovered something unusual. The cocoons had been picked by hand out of some unremarkable sediment samples from Antarctica. One of them was only a fragment—a piece of a cocoon wall just a millimeter and a half across. And embedded in the inner side of that wall were familiar shapes: sperm. Ancient sperm is "exceedingly rare," McLoughlin and his coauthors write in their new study. Yet these ropy figures, with their whip tails and drill-bit heads, were unmistakable. "We cannot think of anything else that would show these very same shapes, sizes, structures, and textures," says coauthor Benjamin Bomfleur, also of the Swedish Museum of Natural History. The researchers had no doubt: they were looking at clitellate worm sperm. And at 50 million years old, it's the oldest sperm ever discovered. This specimen beats the previous record holder by at least 10 million years. This single sample doesn't give the authors a lot of new information ab0ut clitellate evolution. But sperm structure can be useful for understanding how these animals are related, they say. The fossilized sperm look most similar to sperm from a weird branch of the clitellate family tree called the branchiobdellids, or "crayfish worms." Today, these worms live only on the bodies of freshwater crayfish in the Northern Hemisphere. If they were hanging out in Antarctica back in the Eocene, this would suggest some twists and turns to their evolutionary story. Even more exciting than the evolution of crayfish worms is the realization that old egg cases could be like amber. When ancient tree resin fossilized to form amber, it preserved insects, flowers, and other tidbits from even the earliest times of the dinosaurs. The egg cases of worms could hold hidden paleontological treasures too. Twice already, Bomfleur says, tiny fossilized animals have turned up in these cocoons. "Basically anything small enough" could get trapped on the sticky wall of a fresh cocoon, he says, and become a fossil. Studying fossilized egg cases could provide all kinds of new insights into the evolution of small, squishy animals. "As odd as it is, these cocoons are really like windows into past micro-environments," Bomfleur says. That loser sperm made something of itself, after all. Image: Bomfleur et al. 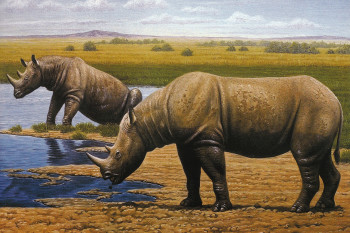