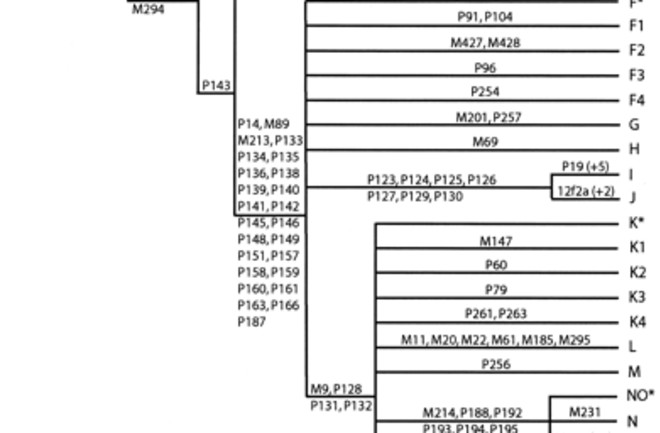 The tree will coalesce! My friend Aziz Poonawalla* asked me to comment on this piece in The New Scientist, The father of all men is 340,000 years old. My primary thought: the title probably confuses people, while the article itself is quite serviceable.The first paragraph condenses the specific and precise scientific detail well:

Albert Perry carried a secret in his DNA: a Y chromosome so distinctive that it reveals new information about the origin of our species. It shows that the last common male ancestor down the paternal line of our species is over twice as old as we thought

My concern: are people going to be misled by titles such as "The father of all men is 340,000 years old." What does that even meant to the average person on the street? The logic of a Y chromosomal tree or a single sex lineage is simple: they will converge back to a common ancestor. But I strongly suspect that there is a tendency for headlines such as the one above to mislead people into inferring individual level genealogical information. By this, I mean that my Y chromosomal lineage comes from my paternal grandfather. But my maternal grandfather is no less my grandfather. Similarly, my paternal grandfather's maternal grandfather is also no less my great-great-grandfather than his paternal grandfather. These are ultimately historical inferences about genetic lineages, not one's genealogical history (or even a representative demographic history of a population!). * I think it might be useful for me to divulge the fact that Aziz has a Ph.D. in physics, so he is not a science naive person. Image credit:New binary polymorphisms reshape and increase resolution of the human Y chromosomal haplogroup tree