Have Archaeologists Found Evidence of an Ancient Funeral Feast? 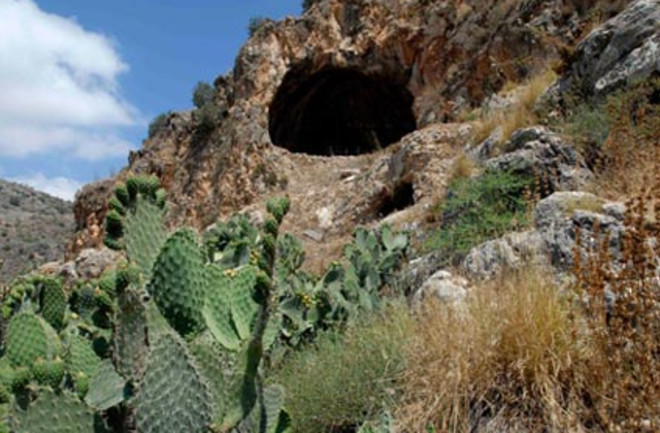 People come together for ceremonial feasts. They do it now, they did it a hundred years ago, they did it a thousand years ago, and they may have done it even 12,000 years ago, archaeologists argue in a new study. But the question is: If ancient humans devour tortoises in a cave and there are no scientists there to see it, is it a ceremonial occasion, or just a big meal? The ancient eaters belonged to a culture called the Natufian, according to Natalie Munro and Leore Grosman, who authored the study in the Proceedings of the National Academy of Sciences. In a burial cave in Israel, the researchers turned up a slew of tortoises shells and bones of cattle, and the remains suggest the Natufians butchered and cooked them. According to Munro, a feast of so many animals could have fed 35 people.

"This is the first solid evidence that supports the idea that communal feasts were already occurring - perhaps with some frequency - at the beginnings of the transition to agriculture," she said. "We don't know exactly how many people attended this particular feast, or what the average attendance was at similar events, since we don't know how much meat was actually available in the cave. The best we can do is give a minimum estimate based on the bones that are present." [The Independent]

Indeed, the date is particularly important here. According to National Geographic

, the Natufians were the first people known to have given up the nomadic lifestyle for one based on settlement, and as such, bridge the gap between the paleolithic and neolithic ages. The estimated date for this feast—12,000 years ago—falls smack in the middle of what Munro identified at the "late Natufian period" in a previous paper

Munro and Grosman say that they have the first solid evidence of feasting before farming began. Until now, the oldest remains of feasts came from Middle Eastern sites dating to around 9,500 years ago, after farming had taken root. Natufian population growth stoked a need for community-building rituals, such as feasting, the researchers propose. [Science News]

How, though, do you gauge the intent of 12,000-year-old tortoise-eaters? Two years ago Munro and Grosman argued

that this site was the burial ground for a female shaman, and they interpret this new find as evidence for a funeral feast in memory of her or others buried here. That's the key. Early humans surely ate together in large groups long before this, but a meal is just a meal. A feast or a banquet is something more: repast imbued with communal or spiritual significance in the eating. Whil Munro and Grosman are convinced that this is what they've seen, some scientists, like Notre Dame's Ian Kuijt, are not.

He argues that Munro and Grosman have not fully proved that this was an actual feast rather than the remains of a communal meal without much symbolic significance. "Do all communal meals serve as feasts? No," Kuijt says, adding that the size and scale of the event are not reliable indicators of feasting. He says that a large neighborhood barbecue might not commemorate anything in particular, whereas a small Thanksgiving dinner might have great symbolic meaning. [ScienceNOW]

Related Content: 80beats: In a 12,000-Year-Old Grave, a Shaman Shares Her Tomb With Animal Totems

80beats: Stone Age Graveyard in the Sahara Recalls an Era of Lakes and Wetlands

The Intersection: Point of Inquiry—Rediscovering Fire with Richard Wrangham

DISCOVER: The Dawn of Civilization: Writing, Urban Life, and Warfare