One of the great scientific questions has finally been answered: Can grizzly bears dance? Yes—and rather well, thank you very much. Researchers from the USGS have released video footage taken during the past two years of grizzly and black bears shimmying against tree trunks in Northwest Montana as if the very soundtrack of Saturday Night Fever was playing in the background. Okay, these beasts are not really dancing. The bears (males primarily) are leaving their chemical "signature" behind on so-called rub trees to communicate with other males and avoid turf wars while searching for breeding females. Investigators recorded at 16 different sites in Glacier National Park and plan to use the footage to better understand bear behavior and improve experimental methods. Dance-off, anyone? 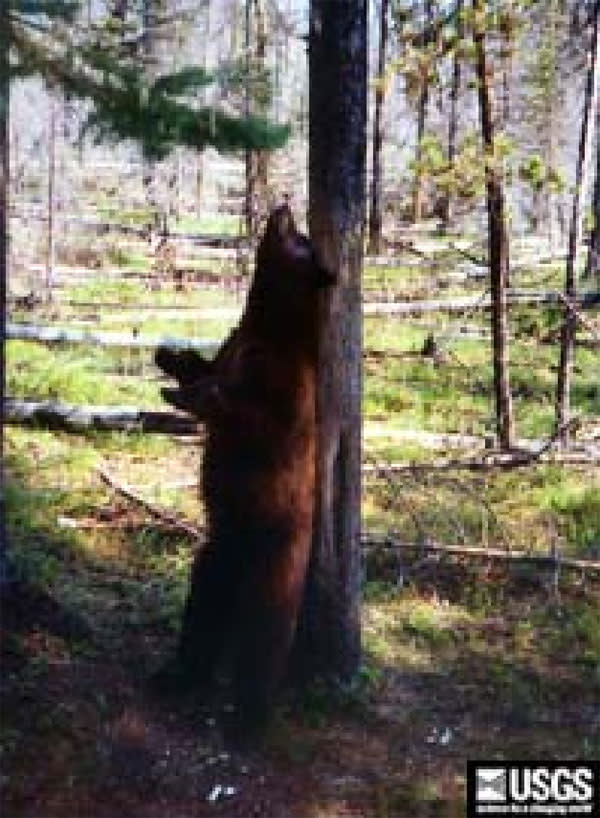