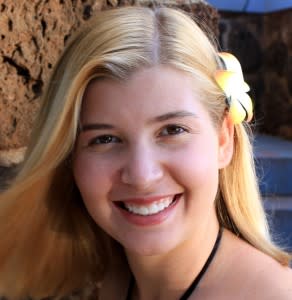 Welcome to grand opening of Science Sushi! For all of you who were regulars at Observations of a Nerd – hello again! I hope you like the new name and décor. The menu hasn’t changed – I’m still dishing out juicy portions of biology colorfully spiced with humor and served with the occasional slice of opinion. Click for the new feed url. To the newcomers, welcome! Let me introduce myself: my name is Christie. I’m a marine biologist by trade. I like cuddly creatures, karaoke, and long walks on the beach, the last of which I get to indulge in often since I am pursuing my PhD at the University of Hawaii. You can get to know me better by checking out my facebook, twitter, or personal website. This blog is how I share what I love most with everyone I can. My posts have taken the form of essays, news articles and even short stories. They vary in length, breadth and depth, but the common thread which ties them all together is that this is a science blog. That means that no matter what the style, the meat and potatoes of every post you’ll read here is scientific research. I think science is fascinating – that’s why I have pursued a career in it. I think science is so fascinating that for the longest time, I just couldn’t understand why there are people out there who don’t. Then, about three years ago, I had an epiphany. I realized that people don’t like science because they don’t know her like I do. Science isn’t always easy to get along with. She often comes off cold, calculating and condescending – that is, if you can understand a word she says. Her accent can be so bizarre that you’re not even sure you speak the same language she does. Then, by choice or by chance, you spend some time with her. You grab a cup of coffee and end up lost in conversation. You get to know her. And as you do, you stop noticing the peculiar way she phrases things. You find yourself laughing at her jokes and getting swept up in her stories. Suddenly she seems less abrasive, even charming. Before you know it, you’ve fallen completely in love with her. People would find science as fascinating as I do, I figured, if they really understood the work being done and what is being discovered. The problem is, scientific research is written in a language that takes a dozen or so years of higher education to decipher. I came to the sudden understanding that science needs professional translators who speak Jargon and English. It was about then that I realized that I just so happen to speak Jargon and English, and was indeed exquisitely qualified to fulfill such a position. I’ve been blogging ever since. I hope that you’ll make yourself comfortable and take a look around. I’ll start serving the tasty science writing this blog is all about soon enough, but for now, I’ve included some of my favorite posts from Observations at the bottom of this post to whet your appetite. You can even send me suggestions of topics or concepts you’d like to learn more about – I cook to order! Also, while you’re waiting, flip through the initial posts from some of the other bloggers with whom I am lucky enough to share a network. I am unbelievably excited to be here at Scientific American and amongst such talent. Finally, if you like what you see, it would mean the world to me if you help spread the word about Science Sushi and the other blogs on this brand new network. Every little bit helps, whether it’s a tweet, a blog post, a facebook like or a stumble. Mahalo! - Christie Old Posts: