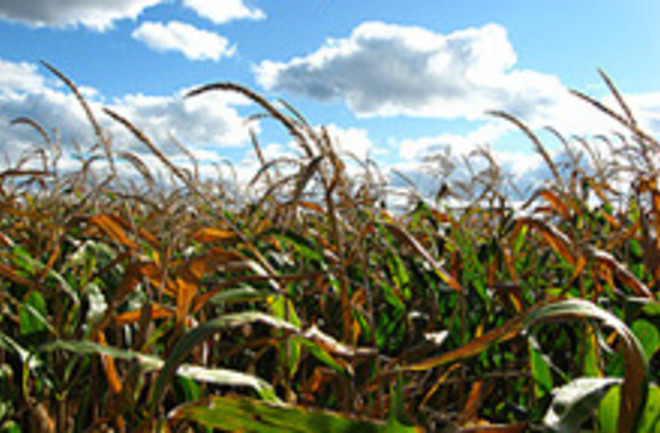 joins five other countries — France, Austria, Greece, Hungary and Luxembourg — that have banned the pest-resistant maize despite its approval under a legally-binding EU directive [Nature News].

The strain of corn, known as Mon810, is the only transgenic crop approved in the European Union.

Kari Matalone, a spokeswoman for Monsanto, said the corn — which is engineered to resist pests — had been approved for cultivation in Europe more than a decade ago and that no ill effects had been detected since then. “We don’t really understand where this decision is coming from,” Ms. Matalone said [The New York Times].

Monsanto also said it's considering legal action against Germany. The move is largely symbolic, as German farmers were preparing to plant only 8,892 acres of the modified corn for this summer's harvest. But German Agriculture Minister Ilse Aigner made clear that she doesn't think a single Mon810 plant should take root in Germany's fields.

"I have come to the conclusion there are just reasons to assume that the genetically modified maize MON 810 represents a danger for the environment," Aigner said. "Therefore, the cultivation of MON 810 is now banned in Germany." The environment ministry had undertaken a "rigorous study to weigh the pros and cons," she said [AFP].

Aigner didn't specify whether the concerns about the corn relate to its effects on the environment or human health. Previously, environmentalists have questioned whether the pest-resistant corn could damage friendly insects, or whether the plants' pollen could drift into fields of non-engineered corn, spreading the modified genes. But the European Union's scientific assessment

determined that any risk to the environment caused by Mon810 would be vanishingly small, a conclusion that is especially convincing because of the stringent safety precautions required by the European Commission's tough approval process [Nature News].

Related Content: 80beats: Genetically Modified Cotton Plants Protect Their Neighbors From Pests 80beats: Coming Soon to a Grocery Near You: Genetically Engineered Meat 80beats: Europe Isn’t Ready for Meat and Milk from Cloned Animals DISCOVER: The Great Gene Escape investigates whether altered genes can drift into adjacent fields DISCOVER: Genetically Altered Corn tells how a corn not intended for humans got into the food supply