Fungus Behind the Irish Potato Famine Strikes the U.S. 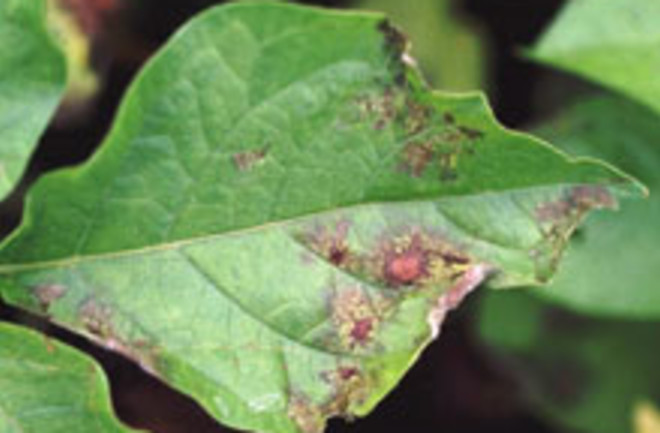 The fungus that caused the notorious Irish potato famine of the 1840s and 1850s is spreading among tomato and potato plants in the northeastern United States. Known as late blight, the fungus spreads easily among plants by airborne spores. This year’s epidemic has taken root at major garden retailers, eventually invading not only home gardens but also major commercial and organic farms.

The disease causes dark lesions on the plant’s leaves and stems; tomatoes then turn brown and decay, emitting a rotten odor. Although the fungus is not dangerous to people, its effects render infected plants inedible. “Late blight has never occurred this early and this widespread in the United States,” said Meg McGrath, a plant pathologist [Reuters]. Its spread has been facilitated by the cool, wet weather the Northeast has experienced this summer, along with an increased number of home gardeners looking to grow their own food as a result of the recession. This year’s blight also is particularly dangerous because of how early it appeared in the growing season; usually, the blight hits plants late, after most of the fruit has been harvested [The Baltimore Sun].

If the fungus continues to spread, consumers might see “a little less quantity and a higher price” for tomatoes as growers spend extra on fungal sprays, said McGrath…. So far, outbreaks have been sporadic but spread over a wide geographic area, with infected plants reported from South Carolina to Maine and west to Ohio [The Washington Post]. Conventional farmers can control the blight with fungicide, while those looking to grow the plants organically can combat its spread with neem oil, which must be applied weekly.