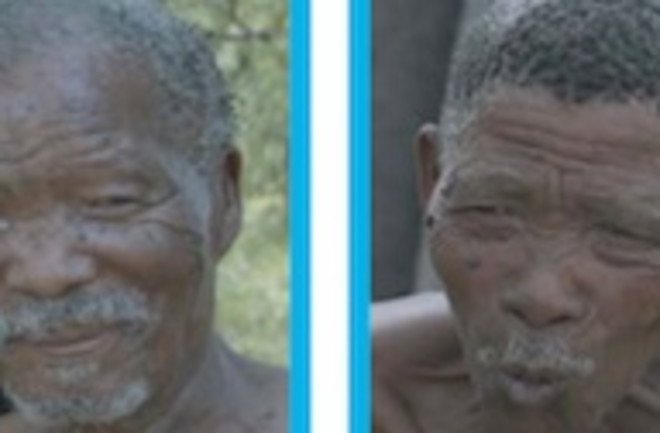 It's been nearly ten years since President Bill Clinton stood on the White House lawn with a team of scientists to announce the completion of the first survey of the human genome. "Today, we celebrate the revelation of the first draft of the human book of life," he said. It's a pleasing metaphor, but it's deeply flawed. There is not a single Human Book of Life. If there were, after all, Clinton and the scientists and all the rest of us would all be identical clones. There is a vast amount of genetic variation from person to person, and from one continent to another. The survey that Clinton was announcing was a cobbling-together of DNA from several individuals. Since then, researchers have produced much higher-quality reads of the genomes of actual people. They've learned a lot from those studies, but, in the scope of human genetic diversity, these studies have been timid ventures. If you compare someone from South Korea to someone of northern European descent, you're only capturing a small sliver of the variation in our species. If you really want to get into the thick of it, there's really one place to go: Africa.

This chart helps to illustrate why. If you trace the origins of the genetic material in our species, you end up in Africa. One reason we know this is that human populations outside of Africa share some genetic markers that Africans lack. That's consistent with the hypothesis that Homo sapiens evolved in Africa, and then a small group of Africans migrated off the continent and gave rise to all the other populations of humans alive today. Another clue is in the genetic diversity of Africans themselves. Looking at relatively small collections of DNA, scientists have found much more genetic diversity in Africa than elsewhere. That would make sense if African populations have existed longer than populations elsewhere, giving them more time to accrue new mutations. Africa is, of course, a huge continent, with a billion people and 2000 distinct ethno-linguistic groups. Some of those groups, including some of the most populous ones, are relatively young. In some cases, they expanded over large areas as they developed agriculture. Some smaller ethnic groups are only distantly related to other Africans, since their ancestors split off a long time ago. Those groups are crucial to a full-spectrum picture not just of African diversity, but the diversity of all humanity. So it's heartening to find that today scientists are publishing a genome of a man from one of those deeply diverging groups--the Khoisan of southern Africa, also known as the Bushmen of the Kalahari.

The Khoisan are not a single group of Africans, but a large number of small groups. They originally probably spanned much of southern Africa, making a living by hunting and foraging for food. Bantu farmers moved into southern Africa much later, taking up a lot of the arable land. Most Khoisan live now in Botswana and Namibia, eking out a precarious existence. A team of scientists from the United States, Australia, and Africa sequenced the complete genome of a Khoisan named !Gubi (far left in the top photos). They also sequenced portions of the genomes of three other Khoisans from Namibia to gauge the diversity within the group. And, for comparison, they also sequenced the genome of a Bantu from South Africa. Not just any Bantu, mind you, but none other than Archbishop Desmond Tutu. The survey confirmed the conclusion of earlier studies: Khoisans have a lot of genetic diversity. On average, each pair of the Khoisans differed at 1.2 out of every 1000 nucleotides (the "letters" of DNA). On average, a European and an Asian differ at 1 out of every 1000. Khoisans lack some key adaptations that arose in Africans who have taken up agriculture. For example, they lack a mutation that allows adults to digest milk. They also lack a common mutation that provides resistance to malaria--a disease that took off when parasite-carrying mosquitoes could lay eggs in farm fields and bite farmers sleeping in nearby huts. But these absences don't mean that Khoisans are primitive cavemen, or that their genomes are a time capsule from antiquity. Most of the distinctive features of their genomes arose only after their ancestors split off from the ancestors of other humans. A number of those new mutations show some indications of being adaptations for life in the desert, such as controlling levels of salt in the blood. Understanding the genome of Khoisans is not just interesting in itself, but important to the well-being of all people on Earth. To figure out the effects of genes on our health, scientists scan DNA from lots of people, looking for variations that are strongly linked to certain diseases. As I wrote last year in Newsweek, it's been a struggle. One reason is that the list of genetic variations we've been using has, until now, been too short. In the new study, the scientists found 1.3 million differences between Khosians and the reference human genome against which all human DNA is compared. Just as intriguing are some of the variants that Khoisans have that are found in other populations. Some of these familiar variants have been linked to serious diseases. Yet all the Khoisans who were tested in the new study were around 80 years old and in excellent physical shape. The effect of these variants may actually depend on variations in other genes. To figure out what any one human genome means for a person's health, scientists need to look at a full spectrum of human genomes. The Book of Life is not enough. We need to read the Library of Life. [Images: Schuster et al, "Complete Khoisan and Bantu genomes from Southern Africa," Nature, doi: 10.1038/nature08795, Campell and Tishkoff]