For Proteins, Evolution Is a One-Way Street 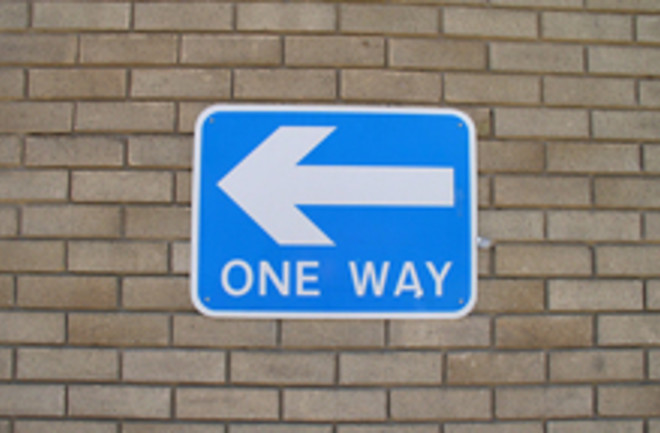 Organisms evolve to fit the world around them--but if the changes don't work out, can a creature reverse the process? Say, for example, an insect originally eats a wide variety of tree leaves, but then evolves to live exclusively on the leaves from one type of tree that is abundant in its habitat; if that tree goes extinct, can the bug reverse course? A new study in Nature sheds some light on such questions, which have perplexed evolutionary biologists for many decades.

More than a century ago, the French–born Belgian palaeontologist Louis Dollo proposed that evolution cannot retrace its steps to restore a lost trait — an idea that has remained controversial [Nature News].

So researchers set out to test "Dollo's Law" on the molecular level, studying a protein called the glucocorticoid receptor, which binds to the hormone cortisol to regulate the stress response. Study coauthor Joseph Thornton says that at least in this protein's case,

new mutations make it practically impossible for evolution to reverse direction. “They burn the bridge that evolution just crossed” [The New York Times]

, he says. Researchers already knew that 440 million years ago an early version of the glucocorticoid receptor was able to grab hold of a variety of hormones, and attached itself only weakly to cortisol. Over the next 40 million years, the receptor evolved through changes to its component amino acids. The receptor had 37 amino-acid alterations, but researchers identified just seven of those as crucial to its switch to cortisol exclusivity--two changes made it more sensitive to cortisol, and five others prevented it from binding to other hormones. So Thornton's team reversed those seven changes, and checked to see if the receptor would now function as its ancestor did, and bind to a number of hormones.

"We expected to get the ancestral function back out of it," Thornton said.... "But instead we got a dead protein. It didn't work at all. It was completely non-functional" [LiveScience].

A close look revealed that five other amino acid changes were preventing the reengineered receptor from functioning.

These mutations, which occurred after the protein evolved its new function to bind to cortisol, would cause structural clashes within the protein if it were returned to its ancestral state [New Scientist].

When Thornton's team reversed these five changes as well, the receptor behaved like its ancestor and attached itself to various hormones. So here's the rub: Before the seven key changes could be reversed, the five changes that modified the receptor's structure would have to be undone. But those five

mutations had little effect on how the receptor grabbed hormones. So there was no way that natural selection could favor individuals with reversed mutations [Discover blogger Carl Zimmer in The New York Times].

While the receptor could theoretically make a series of entirely new changes to its structure, taking a new path that would allow it to bind to various hormones, there was simply no going back the way it came. Related Content: 80beats: Fast-Track Evolution Yields Custom-Made Genomes in a Hurry 80beats: Chemicals That Evolve in the Lab May Simulate Earth’s Earliest Life 80beats: Like a Wool Sweater, Scottish Sheep Shrink As Climate Heats Up 80beats: Unnatural Evolution: Fishing Eliminates Cod Adapted for Shallow Waters

More From Discover
Health
Are Fake Meat Products Good for You?
Health
How To Avoid Food-Borne Illness
Health
Were Humans Born to Walk Barefoot?
Health
Are Ultra-Processed Foods a Silent Killer?
The Sciences
Science Books to Read Next: The Hidden Threat of Kissing Bug Disease and the Climate Costs of Staying Cool
Health
Are Cooking Fumes Bad for Your Health?
Recommendations From Our Store
My Science ShopCosmos: Possible Worlds
My Science ShopStrange Science
My Science ShopEinstein's Universe
My Science ShopElements Flashcards
Shop Now
Stay Curious
Join
Our List