Flashback Friday: Why is sitting by a fire so relaxing? Evolution may hold the key. 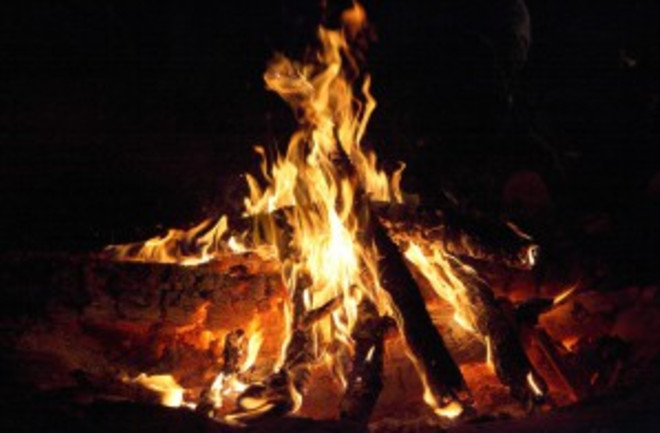 Photo: flickr/aloha75When it's cold outside, there's nothing quite like sitting by a cozy fire. But why do we find this experience so comforting? According to the author of this study, this relaxation response to fire is actually an evolutionary adaptation. The author argues that early humans who were more prone to relaxation at a campfire would be more likely to "benefit in the social milieu via fireside interactions", thereby giving them a survival advantage. He then goes on to experimentally demonstrate that sitting by a fire (well, in this case a video of a fire), especially if you can hear that distinctive crackling sound, causes a reduction in subjects' blood pressure. Although this study doesn't prove that the fire response is an evolved adaptation (it could also be cultural conditioning, for example), it does show that sitting by the fire really can help you relax. A glass of mulled wine probably wouldn't hurt either!Hearth and campfire influences on arterial blood pressure: Defraying the costs of the social brain through fireside relaxation. "The importance of fire in human evolutionary history is widely acknowledged but the extent not fully explored. Fires involve flickering light, crackling sounds, warmth, and a distinctive smell. For early humans, fire likely extended the day, provided heat, helped with hunting, warded off predators and insects, illuminated dark places, and facilitated cooking. Campfires also may have provided social nexus and relaxation effects that could have enhanced prosocial behavior. According to this hypothesis, calmer, more tolerant people would have benefited in the social milieu via fireside interactions relative to individuals less susceptible to relaxation response. Using a randomized crossover design that disaggregated fire's sensory properties, pre-posttest blood pressure measures were compared among 226 adults across three studies with respect to viewing simulated muted-fire, fire-with-sound, and control conditions, in addition to tests for interactions with hypnotizability, absorption, and prosociality. Results indicated consistent blood pressure decreases in the fire-with-sound condition, particularly with a longer duration of stimulus, and enhancing effects of absorption and prosociality. Findings confirm that hearth and campfires induce relaxation as part of a multisensory, absorptive, and social experience. Enhancements to relaxation capacities in the human social brain likely took place via feedback involving these and other variables." Related content: NCBI ROFL: The evolution of humor from male aggression.NCBI ROFL: Murder: an evolutionary adaptation?NCBI ROFL: Wham, bam, thank you ma'am: an evolutionary perspective.