There’s an atmospheric conspiracy afoot. And on the streets of Queens, our reporter is determined to blow it wide open. 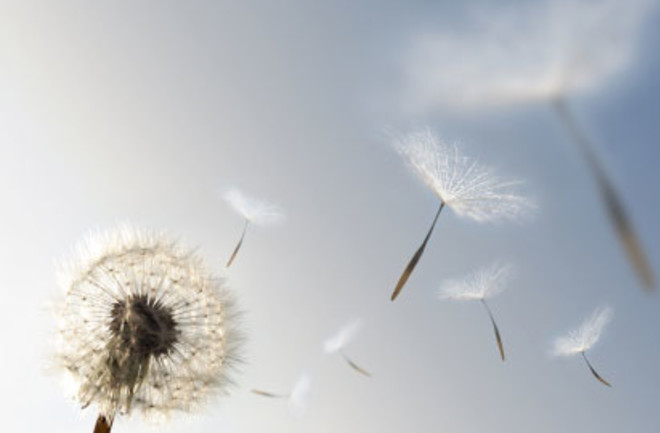 The ice-blue, 50-story office tower looming over my low-slung Queens neighborhood seems to have a weather system all its own. On a still, sultry August afternoon, a pleasant breeze snakes through its courtyard, rustling the leaves of the birch trees planted there and lofting drops of water from the fountain across the street. At other times, the mood around my behemoth is not so benign. An ordinary summer rain can be transformed into something rageful; walking through the puddles afterward, you see trash cans stuffed to overflowing with disarticulated umbrellas. And when a real storm blows through, the building whips up vortices intense enough to smash birds lethally into the windows.

Every time I walk into these freakish, localized gales, springing up while a block away there was nary a breeze, it seems like more than physics is at work. The wind feels purposeful, mysterious, even personal. It kind of creeps me out.

In a sense there truly is a grand conspiracy going on. Every storm and every gentle eddy of air traces its energy back to the solar rays—173 petawatts of energy beating down on our planet, relentlessly heating the air and stirring the atmosphere. (A petawatt is a billion megawatts. We’re in literally astronomical territory here.) That’s what I’m up against. That’s what I want to understand.

My first step is a call to William P. Mahoney III, deputy director of the Research Applications Laboratory at the National Center for Atmospheric Research in Boulder, Colorado. Most atmospheric scientists think big, working to predict weather patterns or direct airplane flight paths, but Mahoney is different. He is in the business of wind turbines, specifically how to increase their efficiency, which makes him very interested in “boundary layer meteorology,” the air motions from 0 to 600 feet up, where wind turbines live. I’m 5 foot 7, and my architectural nemesis is just over 600 feet tall. Maybe the boundary layer is where I will find some answers too.

“The trickiest part is the global scale cascading down to the very local scales,” Mahoney says. “But it’s actually in some cases easier to predict what winds will do at the micro level, assuming you know everything about the local environment—obstructions, terrain, temperature, snow, even bushes and other plant life. Laws of fluid mechanics take over at that level.” That sounds promising.

“On a wind farm, the first row of turbines takes the pressure of the wind as it comes at it,” Mahoney continues. “But the second row is impacted by the wake of the first row, and the third row is impacted by both rows’ set of wakes. By the time you get to the fourth or fifth row, there’s all sorts of unpredictable stuff going on with turbulence and shear.” This “unpredictable stuff” damages turbines and saps their efficiency. Mahoney is still wrestling with ways to quantify it; he is not the best person to tackle the haunting of a Queens high-rise.

Clearly I need a more urban perspective. And my curiosity is now more than idle. I’ve just found out that two 40-story residential towers are slated to go up directly across the street from my apartment. Am I going to be at the mercy of cyclones every time I walk out my front door?

The Urban Vortex (and How to Defeat It)Ted Stathopoulos of Concordia University tries to reassure me. He is a leading engineer studying the dynamic effects of wind on tall buildings. He has influenced the aerodynamics guidelines now in place in many U.S. and Canadian cities covering new high-rise construction. “In general now, in order to get the permits to build, as a minimum all buildings require a wind expert to identify problems, then do something about it,” he says. Engineers love the challenge of working with architects to minimize hostile wind conditions in skyscrapers that have yet to be erected, he says excitedly: “It’s a chance to use their ingenuity. Marvelous, marvelous ideas come out of it.”

What about a tall building that already exists, I ask, eyeing the icy blue giant through my kitchen window. What’s going on here?

“Nature is extremely fair; it does not like inequities,” Stathopoulos explains. “The greater the height, the higher the wind speed. Near the ground you have fences, low buildings, sources of friction. Near the top of a tall building, there’s nothing to stop the flow. So when the ground floor sees little wind speed, at the top the wind speed will be much higher. Let us say that velocity is two times as high at the top. Pressure is proportional to the square of the velocity, so the air pressure at top is four times as high as near the ground. Nature is saying, ‘How am I going to equalize the pressure?’ And it does it by introducing a downflow. The wind generates a velocity downward, which is the one that hits you and your umbrella as you’re walking.”

OK, so what do we do about it?

“Well, the worst thing you can do is build a building that is just like a box. The best thing you can do is … make it a shorter building.” Stathopoulos chortles. “I joke, of course—no one wants to hear that. What you can do is create something that can deflect, soften that velocity. Something as simple as trees or bushes.” He is also interested in finding ways to use the wind, rather than just dissipating it. “For instance, high wind conditions in warm weather can be good—a refreshing breeze.”

I consider those afternoons spent beneath the rustling birch trees, sprayed by the fountain, and begin to consider the new towers going up with something other than dread. I may not be able to discard my perception of wind as sentient being just yet. But I could perhaps be convinced that it’s not out to get me.

Julie Powell is the author of Julie and Julia: My Year of Cooking Dangerously. She rails against the wind in Long Island City, Queens.