Facebook Is Not A Brain, And Other Failed Metaphors 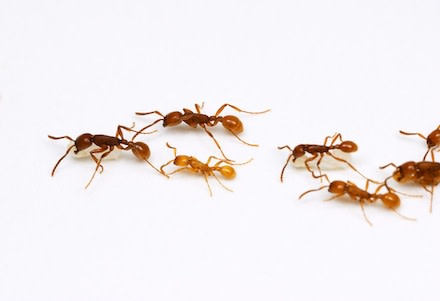 It sounds cool to say maybe the Internet has turned us all into one giant superorganism, as Robert Wright does today in the Opinionator blog at the New York Times. But before we bandy about cool-sounding words, it's necessary to think hard about what they mean--particularly, what they mean to the biologists who first developed them as concepts. The word superorganism can describe an ant colony or any other society of animals in which the individuals function like cells in a body. They come in extremely specialized types (workers and queens and other castes for ants; liver cells, neurons, and other cell types for our bodies). They coordinate their specialized functions with communication (alarm pheromones in ants; hormones, cytokines, and other signals in us). What's more, superorganisms have been shaped by the same force that shapes organisms like us: natural selection. Organisms have evolved into sophisticated decision-generators. In response to changes in the environment, our bodies generate decisions about how to react--whether that decision is to run for our lives or just break into a sweat to help keep ourselves from overheating. Some kinds of decision-making systems favor survival and reproduction. Other kinds fail. It's legitimate to call an ant colony a superorganism, because the ants also make collective decisions (move a colony, defend it, etc.), and those decisions determine their survival and their ability to make new colonies. The word superorganism is a metaphor--a way of thinking of something (an insect colony) as something else (an individual animal). But it's a great metaphor, because the more you think about it, the more parallels you encounter. It guides thought, and yields insight. (A good place to see the metaphor work its magic is in Bert Holdobler's book, The Superorganism: The Beauty, Elegance, and Strangeness of Insect Societies.) Metaphors fail when they capture a few, superficial similarities but lack the deep connections that really matter. Yes, we can communicate with each other a lot with Facebook, but what collective decision has emerged from that communication, beyond getting Betty White on Saturday Night Live? How have those decisions allowed some superorganisms to survive while others die off? Oops--there's only one so-called superorganism in Wright's piece--ourselves. So the metaphor fails yet again. Wright doesn't do the hard work of proving this metaphor really works. And so when he then starts hinting that somehow becoming a superorganism is the whole point of human evolution--our destiny--it's a prize he has not earned. Superorganisms are cool enough when they're just made up of ants. We don't need Facebook to make them interesting. [Image: Alex Wild]