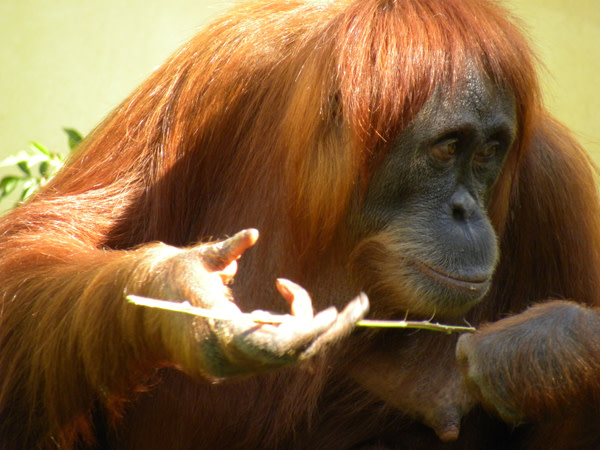 “I heard a rustling in a tree near, and, looking up, saw a large red-haired animal moving slowly along, hanging from the branches by its arms. It passed on from tree to tree until it was lost in the jungle, which was so swampy that I could not follow it.”