Effects of invading island rats ripple across land and sea 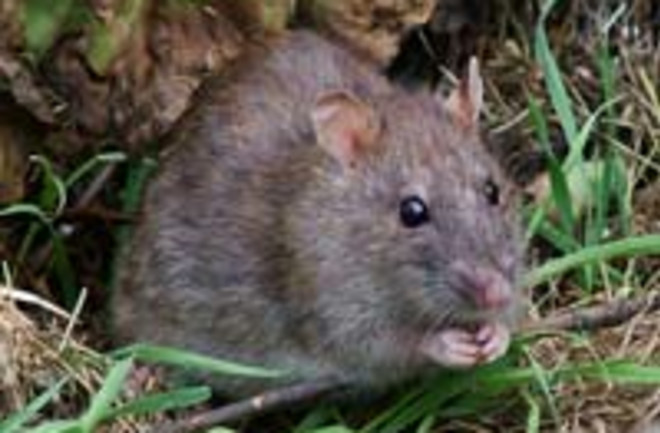 Humans have explored the entire face of the planet, but we haven't done so alone. Animals and plants came along for the ride, some as passengers and other as stowaways. Today, these hitchhikers pose one of the greatest threats to the planet's biodiversity, by ousting and outcompeting local species. Islands are particularly vulnerable to invaders. Cut off from the mainland, island-dwellers often evolve in the absence of predators and competitors, and are prone to developing traits that make them easy pickings for invaders, like docile natures or flightlessness. Two years ago, I wrote about the ability of invasive predators to change entire island landscapes. In the Aleutian archipelago that runs between Alaska and Russia, Arctic foxes have turned some islands from grassland to tundra by killing the seabirds whose droppings provided the islands' only fertiliser. Now, we return to the ill-fated Aleutians to discuss another study that shows how the actions of immigrant predators can even domino into the surrounding waters. This time, the stars are not foxes, but that other ubiquitous opportunist - the brown rat. Islands the world over have suffered at the paws of rats. When they land, the local bird populations plummet, either because the eggs and chicks are eaten, or because the adults flee elsewhere to breed. The Aleutians are no exception and there, the brown rat (Rattus norvegicus) feasts on the chicks of ground-nesting birds like the Glaucous-winged gull and the black oystercatcher. But not all islands have been invaded. To Carolyn Kurle from the University of California, the existence of rat-free islands meant that the Aleutians could act as a natural laboratory for studying the effects of rat invasions. Together with Donald Croll (who led the fox study) and Bernie Tershy, she compared the density of different local species on 32 islands throughout the archipelago. Fifteen of them were free of rats but others were plagued by them, to the extent that their noctural scurrying sent Kurle reaching for earplugs.

As expected, the rats took their toll on gulls and oystercatchers, which were ten times more common on rat-free islands than infested ones. Kurle found that these direct effects led to more unexpected ones that extended to the very margins of the islands. Both gulls and oystercatchers prey upon invertebrates living in the tidal zone. With fewer hungry beaks around, these animals thrived in the presence of the rats and Kurle found that the coasts of invaded islands were home to 50 times more sea stars, 30 times more mussels and 6 times more barnacles than rat-free ones. Snails and limpets also became more common and the presence of these grazers halved the amount of algae in the tidal zone. With less algae taking up space on the rocks, other invertebrates including sea anemones and sponges flourished, even though they aren't directly eaten by birds. On the Aleutians at least, rats have triggered a chain of effects usually reserved for top predators. Their assault on the seabirds has unwittingly shifted the balance of power in the waters surrounding the island, from algae to invertebrates. It's likely that similar events, known to ecologists as "trophic cascades", have happened all over the world, for rats are some of the most successful of island pests. Who knows how far their influence truly extends?