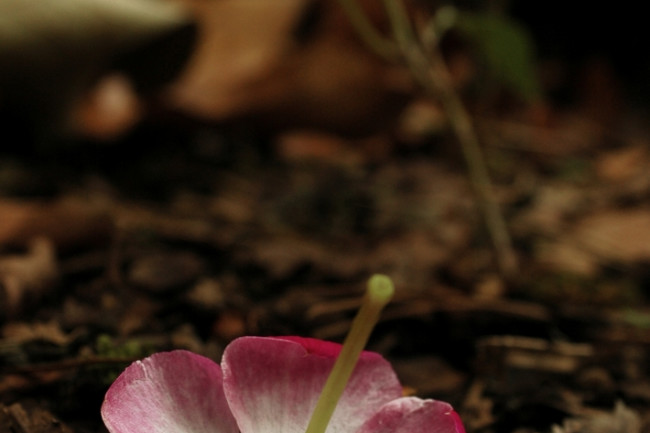 New evidence shows humans have been pushing up daisies — or at least sage — for more than 10,000 years. Researchers analyzing plant impressions and soil in and around Mesolithic graves in Israel have found evidence that the dead were habitually buried on thick layers of intentionally arranged plants, many of which, at time of burial, were flowering and would have had a strong aroma. According to a study published today in the Proceedings of the National Academy of Sciences, four sites at Raqefet Cave, Mt. Carmel, are the oldest known examples of flower-lined graves. Using radiocarbon-dating, the study’s team determined the four grave sites were 13,700 to 11,700 years old. Researchers analyzed bedrock and sediment around the grave sites and cave, as well as soil outside the cave, piecing together how the individuals were buried and whether the plant impressions could have resulted from natural growth.

The study found that conditions in the cave were perfect for preserving plant impressions and other evidence of intentional placement of flowers in the graves. The bedrock of the graves — which, in at least one case, had been chiseled to create a more uniform surface — had been prepared with a thin layer of mud. The mud apparently was still damp when individuals arranged flowering plants on it as a kind of carpet in the graves before placing the bodies. The mud then hardened, retaining the shape of the plants long after they had decomposed. Using the impressions in the mud layer, researchers were able to identify sage, mint and figwort among the plants used. The study noted that all three plants flower in spring, are colorful and have strong aromas. The plants also had medicinal uses in many ancient cultures and in alternative medicine today.

The plant impressions were found only in the grave sites and not in other areas of the cave, which strengthens the theory that the plants were intentionally placed as part of the funerary ritual. Interestingly, although the graves were filled with flints, stones and butchered animal bones, there were no impressions of these materials preserved, suggesting that the plants were placed first, in a thick layer large enough to cover the entire bottom of the grave. In addition to the plant impressions in the mud, researchers found an abundance of phytoliths, preserved mineral secretions from plants, at the Raqefet graves. The average density of phytoliths within sediment samples from grave sites was 61,199 per gram. For comparison, when the team sampled soil from an off-site control area, they found an average of 27,231 phytoliths per gram of sediment. The combination of plant impressions and phytoliths led researchers to conclude there was habitual use of plants, particularly flowering and aromatic varieties, in the rituals associated with interment of the dead at Raqefet. The graves studied belonged to the Natufian culture, pre-agricultural people who lived in the area of the Eastern Mediterranean region known as the Levant from 15,000 to 11,500 years ago. The four flower-lined graves are part of a larger collection containing 29 skeletons of all ages; most were buried as single interments, though some were buried in pairs. Researchers at the Raqefet Cave site acknowledged that other studies have suggested flowers were present at Shanidar IV, a 60,000 year-old Neanderthal grave site in Iraq. Evidence of plants at the older site was based on a concentration of microscopic pollen near the skeleton, however, and the Raqefet team contends that the pollen more likely was collected and stored by a burrowing rodent, remains of which were found in the same excavated layer as the pollen. Image courtesy K Chelette / Shutterstock