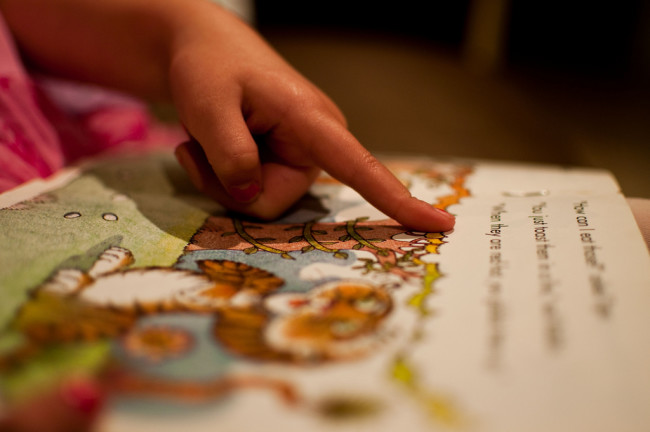 Yes, Frog and Toad Are Friends, but they aren't moral authorities for your children. That's the finding of a new, fun-spoiling study on little kids and picture books. It found that kids learned a lesson about sharing from a book with human characters—but not from a book about a cute raccoon. Many children's books, of course, feature animals that act like people. And anthropomorphized animals have been imparting moral lessons since the time of Aesop. Nicole Larsen and her colleagues at the University of Toronto wanted to know whether these lessons actually stick. Would human characters, although less adorable, make better teachers? The researchers recruited 96 kids between the ages of 4 and 6 to help answer the question. They divided the children into three groups. One at a time, the researchers read each kid a book. For one of the groups, this was a picture book called Little Raccoon Learns to Share, about a raccoon who's reluctant to share her berries with the other forest creatures at a party.A second group heard the exact same book—but with new illustrations that the researchers had created by Photoshopping in human characters where the animals used to be. A third group of kids, the control group, heard an Eric Carle book about seeds. Before reading the designated book, the experimenter asked each kid to pick out 10 favorite stickers from a collection. Then the experimenter said that the kid could give some of those 10 stickers to another child who wasn't able to participate. The experimenter turned away while the kid chose how many stickers to put in an envelope for the (fictional) other kid. The researchers repeated the sticker process after reading the storybook. Since the picture book with human illustrations still featured text about Little Raccoon, it might have seemed strange to the young readers. But, like Little Raccoon herself, they got the hint about sharing. Kids in this group shared more stickers after reading the book than before. Kids in the control group, who read a book about seeds, shared fewer stickers afterward than they had before. And kids who read the book with animal pictures behaved the same: they shared fewer stickers after the experiment. The forest creatures didn't help kids learn to share, while human characters did. Larsen and her coauthors think books about people might be better at teaching moral lessons. Other studies have found that kids also glean more facts and other types of information from realistic books than from "fantastical" ones. That's not the end of the story, though. Older children tend to anthropomorphize animals more than younger ones do—so maybe the effectiveness of an animal as a teacher depends on the reader's age. The researchers add that adult commentary on a story, helping kids relate it to their own lives, might also have an effect. So it's not time to shelve Frog and Toad just yet.