Diamonds Are a Geologist's Best Friend

Tiny carbon spheres hidden under rock and ice may be telltales of cataclysmic comet strikes. 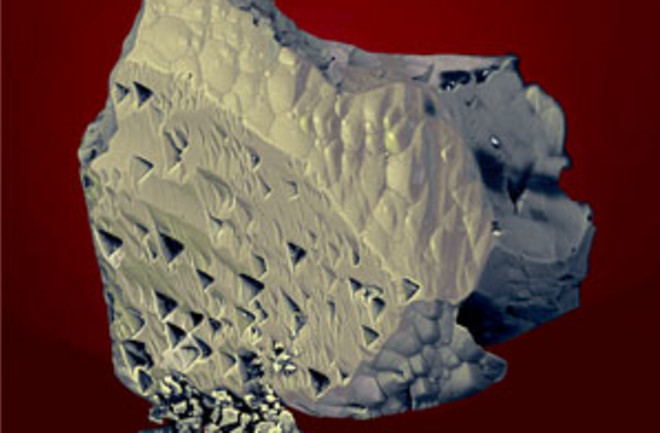 Something very strange happened in A.D. 536 when “the sun was dark” and a fog loomed over Europe for 18 months, ruining the crops. For years most scientists have attributed this ominous event to atmospheric dust following a volcanic eruption. Now geologist Dallas Abbott says the persistent cloud was actually the product of several comets striking Earth.

Abbott, from the Lamont-Doherty Earth Observatory of Columbia University, and her colleagues studied layers of Arctic ice cores dating to that time and found tiny carbon spheres, which they believe formed during the heat and pressure of a cosmic impact. Abbott is examining two possible craters that may show evidence of the event in waters near Australia and Norway. She is also investigating other suspected historical-era collisions, including one in the New York City area around 300 B.C.

Meanwhile, another research team says it has found new evidence of a comet strike in North America less than 13,000 years ago, an event that may have devastated humans and other creatures. University of Oregon anthropologist Douglas Kennett and colleagues announced in January that they had found microscopic diamonds (an impact marker) in sediment samples from across the continent. The diamonds inhabit a thin layer of earth found a few feet to several yards below the surface. This “black mat” had been noted earlier by archaeologists because mammoth fossils and human artifacts from the Native American Clovis culture appear in abundance below it but are absent from the layers above it. According to Abbott, the debris from a comet would filter the sun’s rays, causing global cooling, crop failure, extinctions, and famine. Kennett is currently expanding his search for clues. “We need to look at South America and Europe for more evidence,” he says. “If this event was as big as we think, there should be a widespread marker.”