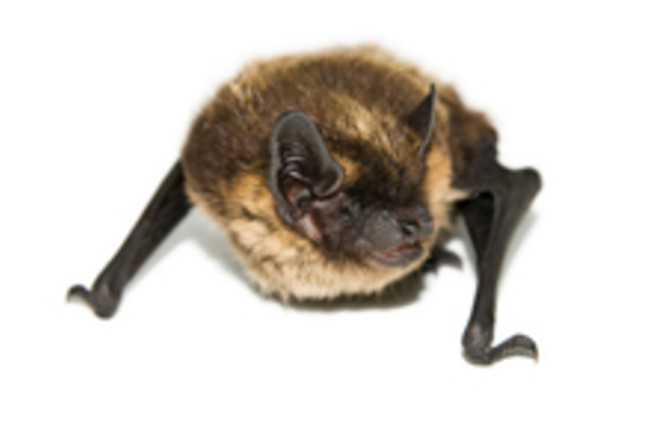 The continued onslaught by white nose syndrome against North America's bats is one of the stories of the year—number 13, in fact, on DISCOVER's Top 100 of 2010. But some help soon could be on the way in the form of Endangered Species Act protection. Earlier this month, a group of conservationists and scientists filed an emergency petition with the United States Fish and Wildlife Service to list the little brown bat under the act.

Emergency listing for a species does happen, but not very often, says Ann Froschauer, national white-nose syndrome communications leader for FWS. "Given the urgency of white-nose syndrome and recent information about predicted declines in little brown bat populations, the Service is committed to quickly reviewing scientific information, both published and provided by organizations such as these, in assessing the status of little brown bats and other bat species affected by WNS." [Scientific American]

Listing the bats as endangered could force government action to protect them, including increased funding and the designation of critical habitat. While little brown bats were once a thriving species, white nose syndrome

has killed more than a million of them and dwindled their population over the course of just five years. Earlier this year, a study in Science

led by Thomas H. Kunz argued that the bats soon would be regionally extinct in the U.S. Northeast is the death rate continues unchecked; Kunz issued a statement in support of listing the bats as endangered.

Meanwhile, researchers at the Geological Survey in Wisconsin have found that white nose damage to bat wings may represent a new way fungi can harm mammals. Other skin infections in mammals from fungi, such as ringworm or athlete’s foot, remain superficial and do not invade living tissue. Yet white nose syndrome does. “This fungus is amazingly destructive — it digests, erodes, and invades the skin, particularly the wings, of hibernating bats,’’ said Carol Meteyer, a pathologist with the National Wildlife Health Center. [Boston Globe]