Desperate Mammoths Turned to Eating their own Dung 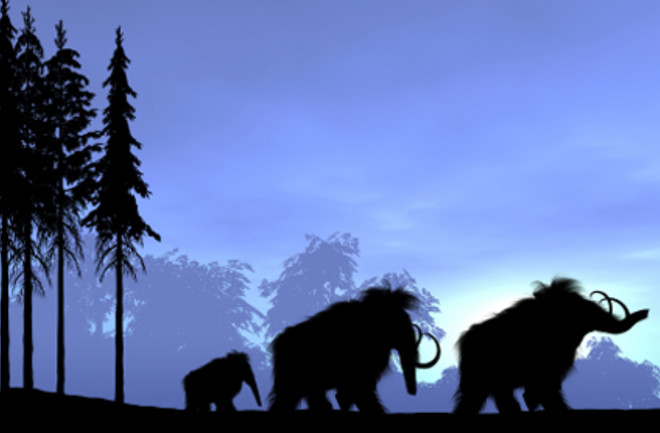 Twenty thousand years ago, it was a lousy time to be a woolly mammoth. As the last ice age advanced, the grass they liked to eat became buried under layers of snow. But one plentiful source of nutrients was easily accessible to mammoths—their own dung. The Telegraph reports that scientists studying a mammoth that was preserved in Siberia's permafrost found a fungus in its stomach that grows only on dung that has been exposed to air. So in addition to the grass and twigs they could uncover in the snow, mammoths apparently survived the bitter cold by dining on their own droppings. Far from just being waste, "dung still contained quite a lot of nutrients," according to Dutch researcher Bas van Geel. However, woolly mammoths' strange eating habits only delayed the inevitable. Mammoths met up with another destructive force—humans—who may have pushed them over the edge to their eventual extinction around 10,000 years ago. Image: iStockphoto