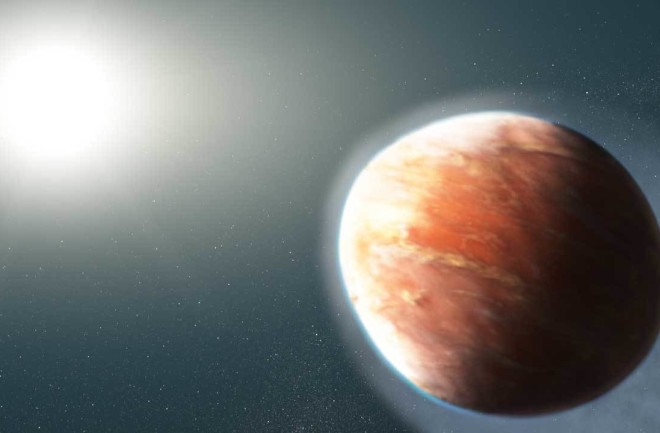 The temperature of the upper atmosphere of heavy metal exoplanet WASP-121b. For comparison, Mercury tops out at 800 degrees Fahrenheit. The newly found planet is so hot, and so close to its star, that it’s being ripped apart by the star’s gravitational pull. Astronomers have been able to observe the metals, like iron and magnesium, that the planet is emitting into space.

The amount of carbon emissions that could be pulled out of Earth’s atmosphere if people planted 500 billion more trees. That would be a 25 percent increase in the world’s total forests and would cut CO2 by 25 percent. But critics point out we’re already using that land for other things, including grassland ecosystems.

How much more likely native Germans waiting on a train platform were to help out a woman in Muslim dress if she first showed signs of cultural integration. When she dropped her belongings in a staged incident, bystanders were more likely to help after they witnessed her asking a litterer to pick up after themselves.

How many cigarette butts people leave lying around each year — more than any other form of litter. Researchers from the U.K. found that the discarded filters are bad for some plants, stunting their growth.

The decrease in marijuana use seen in a survey of 1.4 million U.S. high school students after their states passed laws allowing recreational marijuana for users older than 21. Researchers suspect that legalization has decreased the prevalence of illegal drug dealers, making weed harder to come by for underage smokers.

The number of U.S. patients with sprained ankles who were prescribed opioids, though it’s not a recommended treatment. That’s 11.9 percent of participants in a recent nine-year study. Of those who had never taken an opioid before their injury, 8.4 percent were still refilling their prescription three months after their initial sprain.