Corals Engineer Their Own Currents 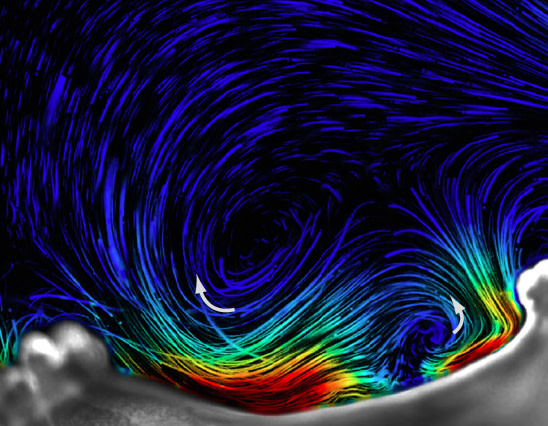 There are few more monastic lives in the animal kingdom than a coral’s. In adulthood it gives up swimming to settle on the ocean floor, surround its spineless body with clones, and become a rock. Mouth facing the ocean, it waits passively for whatever drifts by—or maybe not so passively. Taking a closer look at these creatures, scientists have discovered that corals use their tiny bodies to create swirling currents that are relatively enormous. By forcing the ocean water to move molecules closer or farther away, they work to keep themselves alive. If you could scuba dive down to a hard coral and zoom in to a microscopic view, you’d see the surface covered in the coral animals’ tiny hairs, called cilia. Many people have looked closely at corals before, in fact—even Darwin studied coral reefs while aboard the Beagle. And some scientists have noticed that the waving cilia keep a thin layer of water moving parallel to the coral’s surface—like “a conveyor belt,” says Orr Shapiro, a postdoc at Israel's Weizmann Institute of Science who studied corals while he was a researcher at MIT. This simple swishing can help pull food toward a coral animal’s mouth or carry debris away from the coral's surface. But beyond that, corals seemed to be at the mercy of ocean currents to bring them gases and nutrients that they need and to carry waste products away. And it’s not only their own needs that corals have to worry about. Most corals live with symbiotic algae in their tissues. They feed and house the photosynthesizing cells, while in return the algae use the sun’s energy to provide the corals with carbon and help them build their stony walls. (Stressed corals kick out all their algae at once, which we see as coral bleaching.) The corals have to feed and clean up after their algal houseguests as well as themselves. Shapiro and his coauthors looked extra closely at corals—specifically, at a reef builder called Pocillopora damicornis,or the cauliflower coral. They added tracer particles to the water around corals and used high-speed video microscopy to watch how it flowed. What they saw was less like a conveyor belt and more like a Van Gogh painting (as in the image above). The coral cilia were creating swirling vertical eddies in the water. These vortices constantly rotated against each other: “think of the turning blades of a hand mixer,” Shapiro says. Each vortex could stretch a hundred or a thousand times higher than the length of the cilia. On the scale of a coral, this amounts to only a couple of millimeters. But it’s enough to actively move the molecules a coral needs to keep it comfortable. When Shapiro measured the oxygen concentrations around a coral, he saw that the vortices quickly carried oxygen-packed water away from a coral (its algal friends can generate an unsafe amount of the gas). A mathematical model revealed that these vortices can speed up the movement of surrounding molecules by as much as 400%. Shapiro doesn’t know for sure how common this stealthy water swirling is among corals. But after looking at five other coral species and seeing the same vortices around all of them, he thinks every reef-building coral might behave this way. So why hasn’t anyone noticed before now? Shapiro says the type of microscopy he used revealed details that previous studies couldn’t. Biologists had already observed the conveyor-belt flow above corals, but “being a bunch of engineers” helped Shapiro and his coauthors realize the significance of the harder-to-see vortices, he says. In the researchers’ mathematical model, corals could create the egg-beater vortices simply from each individual beating its cilia inward and outward. If every individual does exactly the same thing, the larger pattern emerges—no need for the coral animals to coordinate with each other, mathematically speaking. But this doesn’t account for the conveyor-belt flow that also happens. Shapiro thinks the whole picture is more complicated than his model, and that the spineless animals might actually be working together on some level. He hopes that breaking down the 3D structure of the flow might help answer this question. No matter how the corals do it, though, their lives are clearly less quiet than it seemed. 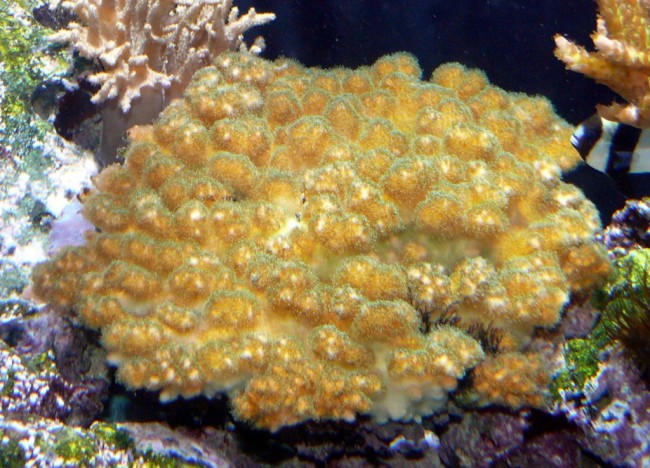 Note: Some publication weirdness resulted in this paper's press embargo being lifted before it was actually published online. Links to the paper won't work yet but should work soon. UPDATE 9/8/14: Links should work now!