Conservation is important - for the sake of our health 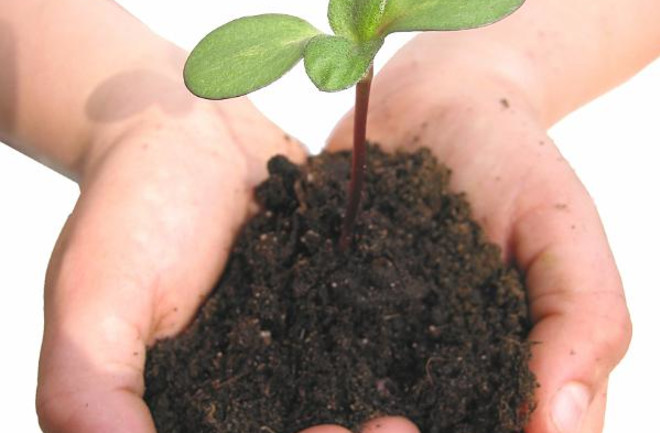 Growing up, I was one of those lucky kids who wasn't allergic to anything. I felt like I was invincible - while my friends were pestered by pollen or peanuts, I was able to eat and play with reckless abandon. Childhoods like mine, however, onlinelibrary.wiley.com/doi/10.1111/j.1398-9995.2011.02619.x/abstract;jsessionid=7141E709A97F26CBAAECC9E13A703F09.d01t04?userIsAuthenticated=false&deniedAccessCustomisedMessage=>are becoming more and more scarce. A recent study found that in 2008, peanut allergies in kids were three and a half times higher than a decade before, with similar trends occurring in a number of food allergies. Similarly, the prevalence of hay fever in developed countries has increased about 100 percent in each of the last three decades. It's not just allergies - other chronic inflammatory diseases, from arthritis to asthma, continue to rise in our populations. A new paper in the Proceedings of the National Academy of Sciences suggests that perhaps the problem isn't what we're putting into our environment, but what we're removing from it: that the loss of biodiversity is negatively impacting our health. One of the most popular hypotheses to explain the rise in inflammatory conditions is known as the Hygiene Hypothesis, which says that our increasingly sterile lifestyle is to blame for our allergic reactions. We now live in a world of antibacterial soaps, instant hand sanitizer, vaccines, and antibiotics, all of which have taken over the job of protecting our children from dirt and germs. Left with nothing to do, kid's immune systems get a little stir crazy, and start attacking even minor invaders like pollen with increased zeal. But Ilkka Hanski and his colleagues from the University of Helsinki in Finland suggest the Hygiene Hypothesis extends beyond how clean we keep our house. They put forward a Biodiversity Hypothesis, which suggests that less contact with the nature and biodiversity is adversely affecting the microbes on and in our bodies, leading to increased susceptibility to immune disorders. To test this hypothesis, the research team investigated the relationship between biodiversity, allergen susceptibility, and skin microbial communities in a little over 100 randomly chosen teenagers in Finland. The kids grew up in a variety of settings, from tightly-packed villages to rural farmlands. For each participant, they measured how sensitive their skin was to allergens and what kind of microbes were living on there. Based on their skin's immune reaction, they classified the students as allergen-sensitive (a condition known as atopy) or not. The researchers also roughly calculated the level of environmental biodiversity where the participants lived by looking at the amount of plant cover of their yards and the major land use types within 3 km of their homes, allowing comparisons between it and the participant's allergy sensitivity and skin microorganisms. The team found a strong, significant correlation between the diversity of a particular class of skin bacteria, called gammaproteobacteria, and allergen sensitivity. Though they only represented 3% of the skin bacterial community, gammaproteobacteria were the only class that showed a significant decrease in diversity in the atopic individuals. So, to get a closer look at this phenomenon, directly comparing the presence of different gammaproteobacteria with levels of an anti-inflamatory marker, IL-10, in the subjects' blood. The presence of one gammaproteobacterial genus, Acinetobacter, was strongly linked to higher levels of IL-10 in healthy individuals but not in the allergen-sensitive ones. As the authors explain, this suggests that these microbes may help teach the immune system to ignore pesky allergens. "The positive association between the abundance of the gammaproteobacterial genus Acinetobacter and IL-10 expression... in healthy individuals, but not in atopic individuals, is consistent with IL-10’s central role in maintaining immunologic tolerance to harmless substances." Thus, the authors say, "the lack of association between Acinetobacter and IL-10 expression in atopic individuals in the present study might re?ect a breakdown of the regulatory mechanisms." How, exactly, Actinetobacter and other gammaproteobacteria influence our immune system has yet to be determined. What the authors did show is that environment a person grows up in has a strong effect on the presence and diversity of this group of bacteria. Since gammaproteobacteria are are commonly found in soil and on plants (including ?owering plants and their pollen), it may not seem that surprising to the researchers that the environmental diversity around a subject was strongly correlated to increased diversity of their skin gammaproteobacteria. But what is astounding is that this relationship held even when the researchers stepped back and looked at the overall connection between allergen sensitivity and the surrounding environment; the more natural biodiversity where the kid grew up, the less likely he or she was to be sensitive to allergens. "The present results demonstrate that biodiversity can be surprisingly strongly associated with atopy." This suggests that the urban-dwelling nature of developed countries may be to blame for their increasing problem with inflammatory diseases. If so, conservation of natural spaces, including parks and other green initiatives, may be key to protecting the health of future generations. "Interactions with natural environmental features not only may increase general human well being in urban areas, but also may enrich the commensal microbiota and enhance its interaction with the immune system, with far-reaching consequences for public health." Since allergies cost us almost $14.5 billion annually including medical expenses, missed school and work, and over the counter drugs, there may be a strong monetary incentive to conserve our natural areas - if only for the sake of our health. That's not even considering the other economic incentives for conservation, including water filtration and storm protection, which have been estimated at over $4.4 trillion dollars per year. What all these studies tell us is that the cost of conservation is strongly outweighed by its benefits. Period.

Image of soil and hands © Soil-Net.Com under a Creative Commons License