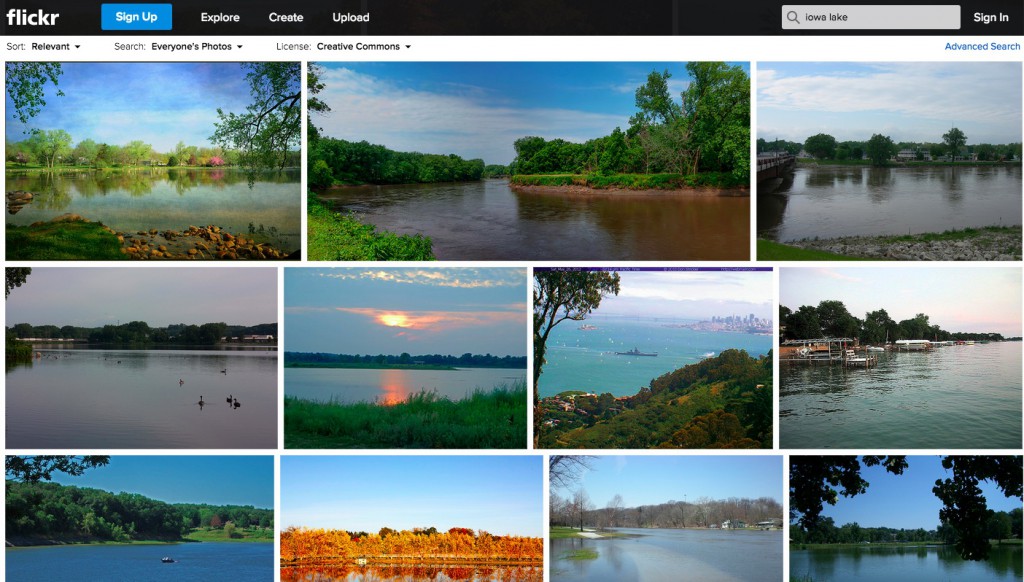 Minnesota is the "Land of 10,000 Lakes," at least 13 of which are named Clear. But some of these lakes are clearer and cleaner than others. Does that matter to the tourists who visit them? Researchers found an easy way to answer this question by taking a deep dive into Flickr. Bonnie Keeler, a scientist at the University of Minnesota's Institute on the Environment, explains that it's important to measure how the public is using various lakes, rivers and streams. Agencies that are trying to protect these resources, for example, would love to know that the cost of cleaning up a lake is balanced by the benefit of extra tourism. "We assume that tourists and other users prefer higher quality sites and pristine systems," Keeler says. But it's tough to prove, especially in the developing world. Surveying people about their vacations is expensive and hard to do on a large scale. So Keeler and her coauthors tried to get the information without asking anyone. Instead, they asked people's photo albums. Keeler says one of her coauthors, Spencer Wood of Stanford University, first thought of using social media to measure people's recreation. In a 2013 study, he used geotagged images from the photo-sharing site Flickr to estimate how often people visited more than 800 sites around the world, from beaches to Disneyland to Nepalese national parks. He compared this information to on-the-ground survey data about how many tourists visited each site, and found a strong correlation. In other words, a location's popularity on Flickr is a good measure of its popularity in real life. For the new study, Keeler used the same trick to look specifically at lakes in Minnesota and Iowa. She and her coauthors chose these states because they have lots of lakes (of varying cleanliness) and lots of data about the water quality of those lakes. The researchers gathered almost 42,000 geotagged photos from Flickr, representing more than 1,000 Minnesota and Iowa lakes. Anytime a Flickr user had taken multiple photos of the same lake on the same day, they eliminated the extras, leaving them with one photo for each day a Flickr user had been at a site. Then they averaged these numbers across their eight-year sample. The result was the average number of days per year that Flickr users visited each lake. Comparing these numbers to existing survey data showed that the Flickr photos were a good stand-in for actual tourism rates. Next, the researchers looked at data about each lake to see what features predicted the number of visitors it got. Several factors make a lake popular, they found. Bigger lakes got more visitors; so did lakes with larger nearby populations, lakes with boat ramps, and lakes in Minnesota. (Sorry, Iowa.) Another important factor was water clarity. Even when controlling for all the other variables like the size and depth of the lake, Keeler says, she found that clearer lakes got more visitors. This is just the kind of information that could help agencies trying to clean up the lakes. "I was surprised at how far people traveled to visit some lakes," Keeler says, such as remote sites in northern Minnesota. Whenever Flickr users' profiles included their home towns, the researchers calculated how far these users had traveled on their vacations. They found that people were willing to go farther for cleaner water. For every extra meter of visibility in a lake, visitors traveled 56 more minutes round-trip. Keeler is a lead scientist for a group called the Natural Capital Project, which tries to quantify how much people value nature so that they can help preserve it. She says she's excited to use this technique to answer other questions about how people are interacting with the environment. "We have lots of ideas using different types of social media, applied to both urban and rural landscapes," she says. "Stay tuned!" Image: by me.

HealthModern Apartments Have More Fungi Than a Jungle Hut