Would you gamble on a safe bet for the promise of something more? Would you risk losing everything for the possibility of greater rewards? In psychological experiments, humans tend to play it safe when we stand to gain something - we're more likely to choose a certain reward over a larger but riskier one. Now, we're starting to understand how our two closest relatives deal with risk - bonobos, like us, tend to be risk-averse while chimpanzees usually play the odds. 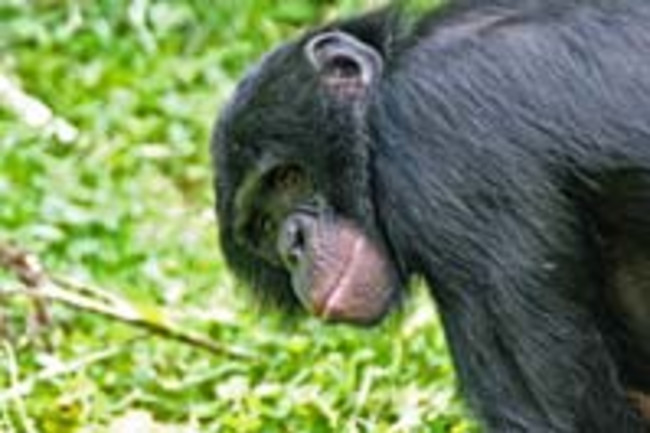 Sarah Heilbronner from Harvard University studied the attitudes of five chimps and five bonobos to risky decisions. All the animals had been born in captivity in the Liepzig Zoo, Germany and were fed well on a regular schedule. Heilbronner presented the apes with one of two upside-down bowls of different shapes and colours. One 'fixed' bowl always contained four grape pieces and the other 'variable' one had a fifty-fifty chance of concealing either one grape piece or seven.

After a few trials with each bowl to get them accustomed to the options, Heilbronner let the animals choose between the two. The chimps were most likely to take a gamble on the variable bowl and they only chose the fixed one 36% of the time. The bonobos on the other hand mostly liked to play it safe and picked the fixed bowl 72% of the time. On an individual level, all of the five bonobos showed risk-averse behaviour and four of the five chimps demonstrated a penchant for risk-taking.

It's not that one of the two species learns about the choice more slowly than the other; the differences in their behaviour were apparent in the very first trials of the experiment, and only grew larger with experience. Nor was it the case that either chimps or bonobos had better mathematical skills than the other. When they were offered the bowls face-up and could see what was inside, they almost always picked the one with the most grape pieces. 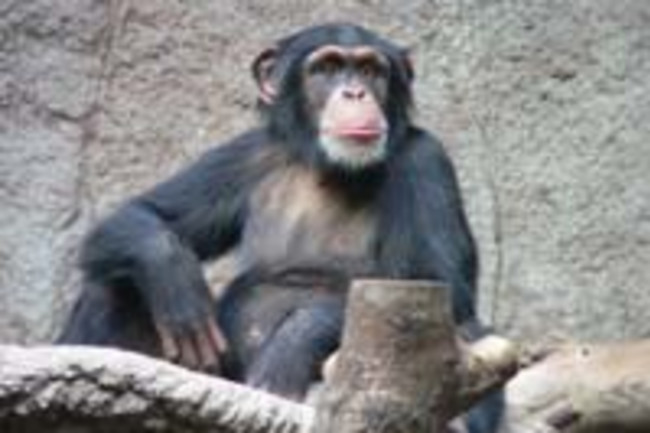 Heilbronner suggests that the different attitudes to risk shown by the two closely-related apes stems from their habitats. Compared to bonobos, chimps have to cope with greater uncertainty in their food supplies. Both species eat substantial amounts of fruit, a food source that is patchily distributed and available only at certain times in the year. But bonobos are more likely than chimps to supplement their diet with other plants that are more consistently available year-round, and because they have access to larger fruit patches, they face less competition for a meal.

Chimps are also active hunters and prey on monkeys. That's an inherently risky strategy. The rewards - the calorie-rich flesh of a colobus - may be substantial, but animal food can run away and the chimps risk wasting a lot of energy in a failed hunt. The risk-seeking behaviour of the captive chimps may reflect inbuilt preferences that help them cope with risky situations in their natural environment.

However, Heilbronner notes that it will be important to test other groups of chimps and bonobos to see if they show the same preferences. Different populations of chimps are known for having different cultures, and this single experiment can't rule out the possibility that this group's affinity for risk-taking was specific to them alone.

Animals, of course, don't behave in the same way in all situations. Their choices will depend on how hungry they are, how widely available food is and how difficult it is to snag it. Chimps, for example, hunt more often when fruit is plentiful, which suggests they take more risks when they can afford to.

Thanks to the work of psychologists Daniel Kahneman and Amos Tversky, we know that humans react differently to risks depending on whether we stand to gain or lose something. If people are offered a certain chance of getting £100 or a 50% chance of getting £200, they are usually risk-averse and choose the safe bet. When the choice is between definitely losing £100 or a 50% chance of losing £200, they're more likely to take the gamble.

A wide variety of work across different species suggests that most animals behave in a similar way. When decisions affect how much food they can get (a question of gains), they tend to be averse to risk as the bonobos were, or at the very least, indifferent to it. But when decisions lead to delays in receiving food (a question of loss), animals tend to be more risk-prone.

It will be interesting to see how chimps and bonobos react to risky decisions that entail losses. For the moment, the Liepzig chimps provide one of the very few instances of an animal showing a proclivity for risk even when making decisions about future gains.

The strategy could allow them to exploit unreliable food sources, but Heilbronner suggests that, in most environments, this strategy is likely to be counterproductive. Individuals that gamble frequently may lose often enough that it costs them their lives, while those that play it safe may earn smaller rewards but will live to choose another day.