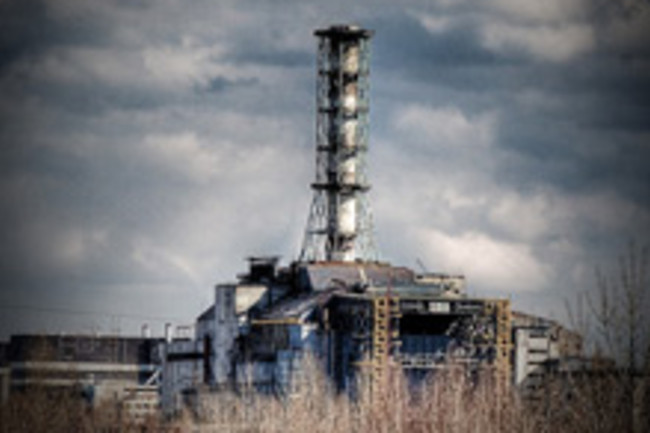 Twenty-three years ago, Chernobyl's nuclear reactor #4 exploded in the world's worst nuclear accident to date. Radioactive material was scattered across the surrounding countryside, and the authorities evacuated the nearby town of Pripyat, which remains a ghost town to this day. However, nature has not evacuated the scene, and all manner of plants and animals continue to inhabit the area.

"There are no dogs with two heads," says Martin Hajduch of the Slovak Academy of Sciences – although birds, insects and humans have all been affected to a greater or lesser extent by radioactive fallout [New Scientist].

Hajduch and his colleagues wanted to study how plants had adapted to the radioactive soil, so they grew a plot of soybeans just three miles from the remains of the nuclear power plant, well within the restricted zone that extends 19 miles from the reactors. They grew another patch of soybeans 60 miles from the power plant in uncontaminated soil, and analyzed the resulting beans. Their findings not only illuminate the hardiness of life, they also suggest ways to genetically engineer plants to make them resistant to radiation. In the study, published in the Journal of Proteome Research, Hajduch found that the beans grown in radioactive soil weighed half as much as the normal beans, and also had molecular abnormalities.

When compared with normal plants, beans from the high-radiation area had three times more cysteine synthase, a protein known to protect plants by binding heavy metals. They also had 32% more betaine aldehyde dehydrogenase, a compound found to reduce chromosomal abnormalities in human blood exposed to radiation.... The plants seem to be protecting themselves from Chernobyl's low-level radiation, says Hajduch, but no one knows how these protein changes translate into survival, or if they'll be passed on to the plants' offspring [ScienceNOW Daily News].

By boosting levels of these proteins in other plants, scientists could theoretically

If astronauts are growing soybeans on Mars one day, they may have these Chernobyl researchers to thank. Related Content: 80beats: Scientist Smackdown: Is Chernobyl Animal Dead Zone or Post-Apocalyptic Eden? DISCOVER: The First Nuclear Refugees Come Home DISCOVER: Chernobyl: A Biodiversity Hot Spot? DISCOVER: Children of Chernobyl checks on the offspring of workers who mopped up the mess DISCOVER: Ten Years After examines the health toll of Chernobyl

Looking For a New Hobby? Urban Foraging Is Making a Comeback