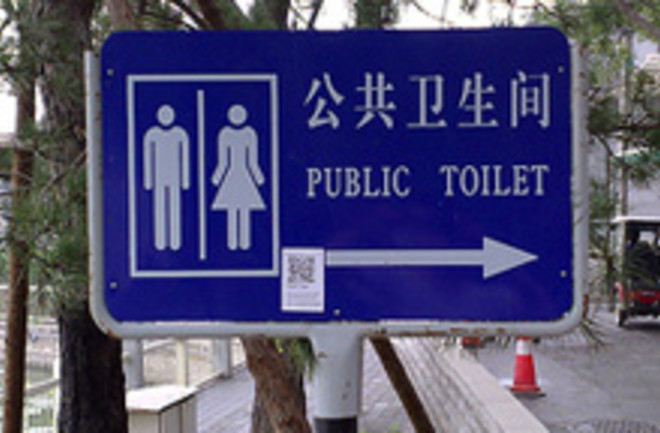 Anyone who's seen Slumdog Millionaire knows the sorry state of sanitation in many of the world's biggest slums. And with sewage contaminating more waterways and public spaces every day, the need for effective sanitation measures is dire. To bring the point home, here's a stat for you: Only 16 percent of people in Cambodia have access to some sort of latrine or toilet, and five million people around the world die from waterborne illnesses every year. The quickest remedy, according to government talking heads, is to make toilets into a status symbol. Enter the celebrities! As part of a new public service measure, countries like Kenya and Cambodia are promoting sanitation measures using the sex appeal and social pressure that celebrity culture normally reserves to sell us clothing and perfume. For starters, the lovely Miss Kenya is joining local celebrities in promoting the use of "toilet malls," where people can use the facilities, shower, and purchase food. And in Cambodia, romantic karaoke videos (oh my!) are being produced to educate young viewers about the benefits of soap and testing for pollution, such as arsenic-contaminated drinking water. Who'd have thunk toilets could ever be so sexy! Related Content: Discoblog: The Miracle Liquid that Cleans Toilets, Treats Burns, and Kills Anthrax Discoblog: Agriculture of Hard Knocks: Ex-Cons Start Organic Farm in Kenyan Slum Image: Flickr / stan