The fish detect magnetic fields and use them to orient themselves along a North-South axis. 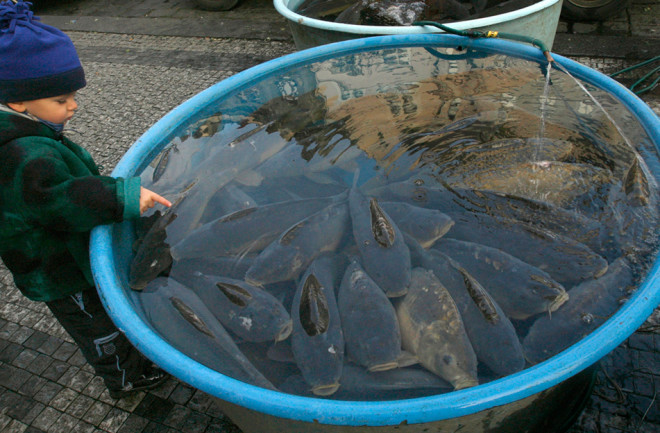 The carp sold in Prague marketplaces showed an unexpected affinity to the cardinal directions. | Reuters

Czech biologist Vlastimil Hart wanted to know if common carp can detect magnetic fields, but he just couldn’t figure out how. Then it occurred to him to follow his dream, literally — one he’d had that included big tubs of carp.

He and his colleagues photographed 14,537 carp for sale at local holiday markets and calculated compass bearings from the photos. They discovered that the fish had a marked preference for aligning themselves in a north-south orientation.

Although other animals — most notably birds — are known to be magnetoreceptive, there has been little documentation of the phenomenon in non-migratory fish.

Team member Hynek Burda speculates that the trait might help carp flee danger. “Frightened animals do not have time to unite on one common direction of escape, so they may have an inborn preference for a certain direction,” he says.

Expect the unexpected as studies continue: When results of their current work are published, Burda predicts, “people will then be surprised to learn of cases of magnetic alignment around them, which they see every day but did not notice.” Except, perhaps, in their dreams.

Read more about the study on Discover's news blog.