Can America Avoid Another Flint?

The high costs of cleaning up our water. 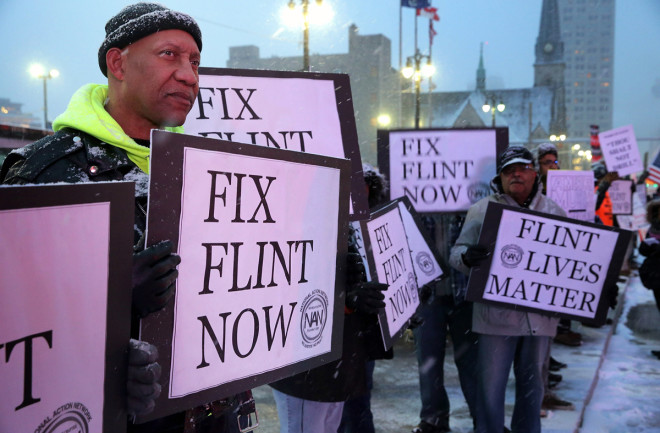 Flint, Mich., made headlines this year after it was discovered that residents had been drinking lead-laced water for a year and a half. A switch to the Flint River as the city’s water source introduced corrosive chemicals to the area’s aging pipes when regulators failed to properly treat the water, allowing lead to flow into residents’ homes. In some cases, the water was so toxic it could be classified as hazardous waste.

Nine city and state employees were indicted on charges of covering up or falsifying reports warning of an impending lead crisis, while the EPA admitted no wrongdoing.

“We have laws to protect our most vulnerable,” says Marc Edwards, the Virginia Tech engineer largely responsible for exposing Flint’s dangerously high lead levels. “Those laws were blatantly disregarded.”

But this isn’t the first lead-in-the-water crisis. Flint bears unsettling parallels to the 2004 lead problems in Washington, D.C., also exposed by Edwards, and which likely affected even more children. If we failed to learn from prior mistakes, can we learn this time?

“Unlike any other disaster like a flood or a hurricane, this is something that . . . impacts a child’s entire life-course trajectory,” says Flint pediatrician and Michigan State University professor Mona Hanna-Attisha. Her research, published in the American Journal of Public Health, assessed lead levels in nearly 1,500 of the city’s 10,000 children under the age of 5, half before and half after the contamination. She found that twice as many children tested positive for elevated levels of lead after the switch to Flint River water.

In contrast to D.C., Flint has received some $400 million in aid for infrastructure, wellness programs and health care. But lead’s effects on a child’s brain are permanent and are linked to issues ranging from learning disabilities, poor mental health and elevated incarceration rates.

Advocates are now struggling to gather enough resources to replace pipes and provide a lifetime of treatment for lead exposure. And Americans are debating what to do about the lead plumbing that snakes under some 6 million households.

Replacing them entirely could cost as much as $50 billion, making the clear solution almost certainly untenable. Some cities have replaced all their pipes, while others have encouraged residents to purchase inexpensive water filters that can remove lead.

Edwards blames the EPA for an institutional failure to monitor the nation’s aging water infrastructure. And he points out that the lead concentration level the EPA sets as its action limit — 15 micrograms per liter — is essentially arbitrary. There’s no safe level of lead, especially for children, and studies show even very low levels can cause learning deficits.