Breakthrough in Artificial Genetic Code Could Lead to Custom Drugs 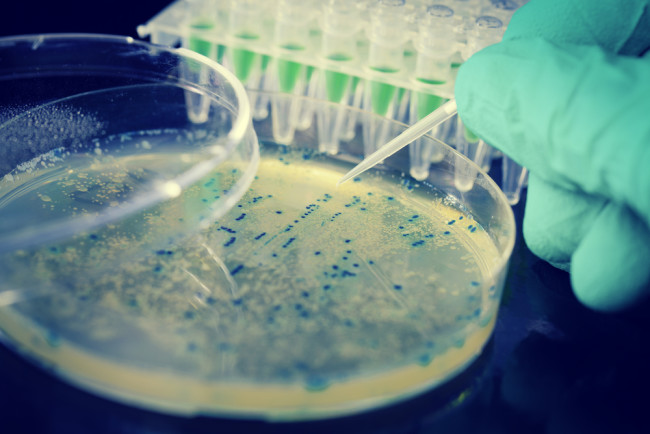 Way back in Biology 101, we learned that DNA is encoded through the nucleotide pairings of adenine to thymine and cytosine to guanine. Since the earliest days of life on Earth, these four chemicals — and only these four chemicals — have made up the DNA of every one of the myriad organisms that inhabit this planet. But what if you could expand that alphabet? As it turns out, you can. In a paper published today in Nature

, scientists report that they’ve successfully introduced an entirely new base pair into the genetic structure of the bacterium E. coli. That makes the bacterium the first semi-synthetic organism carrying an expanded genetic alphabet. And just as one can create new words with new letters in the alphabet, a synthetic base pair opens up possibilities for custom-built proteins as novel drugs, vaccines and antibiotics.

Creating the Base Pair

In 2012, Floyd Romesberg and colleagues reported

that synthetic base pairs could be successfully replicated as part of purified DNA in the lab. Translating this result into a cell was the crucial next step, but its success was far from guaranteed. In the present study, the team engineered a special E. coli strain which had the new synthetic base pairs spliced into its DNA, as well as a transporter protein that pumped the new molecules into the cell. When they placed the bacteria into a dish full of synthetic nucleotides, the cells snatched up the molecules as they replicated — fully incorporating the synthetic material into their offsprings' genetic structure. When the synthetic molecules were removed from the environment, the natural processes of the cell eliminated the synthetic molecules from its DNA and the E. coli returned to its natural state.

Building a semi-synthetic organism with an expanded genetic alphabet allows researchers to include more information in its DNA than is possible in natural systems. For example, natural DNA yields 20 amino acids for the creation of proteins. In contrast, the introduction of a single synthetic base pair expands the selection of possible amino acids to 172. That, in turn, expands the possibilities of proteins we can assemble out of those amino acids, opening the door to proteins never before seen in the history of life on Earth. Modified E. coli — already the workhorses of synthetic biology — could be miniature factories for custom vaccines, antibiotics and drugs. But could we create an entirely new organism with unnatural DNA? At the moment, no, says Romesberg. “That’s utterly impossible. That’s just not going to happen. There are too many things that recognize DNA and that manipulate it in a cell,” Romesberg said in a Nature podcast. “It’s too integrated into every facet of a cell’s life.” 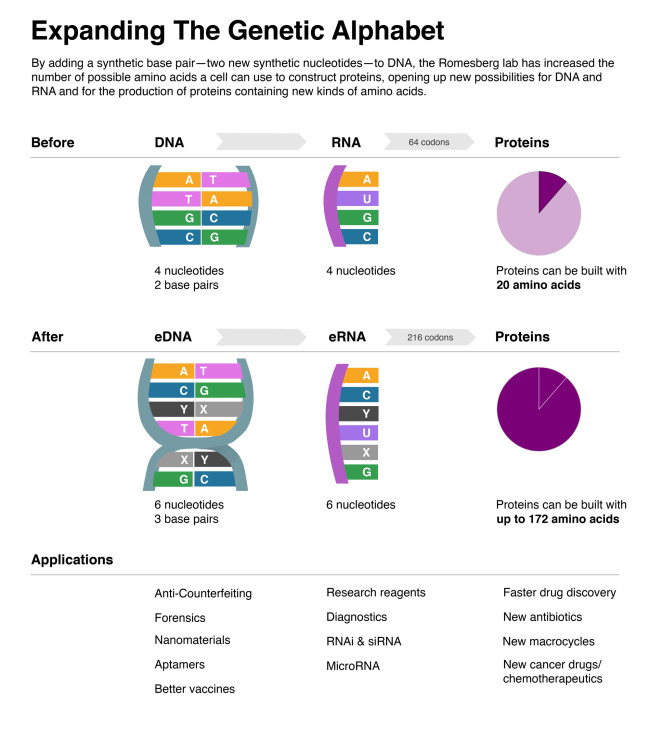