Blue Whales on the Move: Good News or Bad Sign? 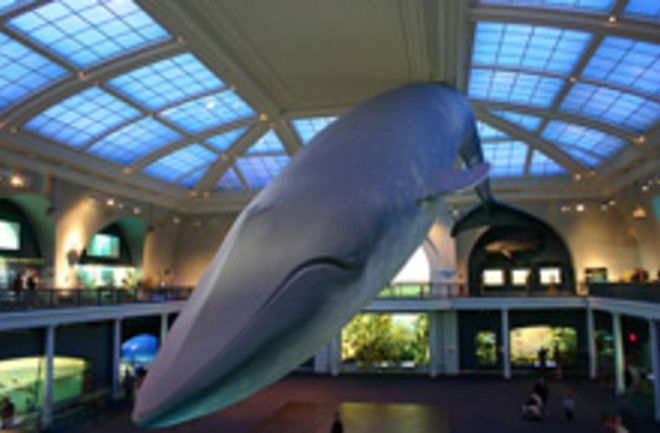 The blue whale, the biggest animal that has ever inhabited the planet, seems to be on the move in the Pacific Ocean in ways that could reflect the revival of old migratory patterns disrupted by decades of intensive whaling in the 20th century [The New York Times blog].

Although blue whale hunting was banned in 1965, the whales didn't return to the northern Pacific waters off the coasts of British Columbia and Alaska, where they were once plentiful.

Whalers formerly caught hundreds of blue whales in the northern zones, landing 1300 between 1908 and 1965. Yet despite the ban, they seemed not to recover there [New Scientist].

Now a new study, published in the journal Marine Mammal Science, reports that 15 blue whales have been sighted in the northern waters over the last decade, and some of them were confirmed to be the same individuals previously spotted farther south, off the shores of California. Researchers can't yet say what led to the renewed migration: It could be a sign of a booming population, or a response to global warming.

The optimistic scenario is that blue whales have multiplied since the whaling ban, and some are now migrating north because there is not now enough krill to sustain them in California alone [New Scientist].

The more pessimistic scenario suggests that global warming has reduced the stock of cold water krill near California, causing the whales to forage farther afield. Or it could be a combination of those factors, researchers say, admitting to their lack of knowledge. It's even possible that the whales simply lost the knowledge of the rich northern feeding grounds, and therefore stopped migrating.

"It is feasible that whales lost the cultural memory of the Alaska and British Columbia feeding destinations as a result of the intensive whaling there," says co-researcher, Jay Barlow [New Scientist].

To identify the whales spotted near Alaska and British Columbia,

the researchers looked at photographs of the cetaceans taken in the North Pacific Ocean and compared them with a library of blue whale pictures taken along the West Cost of the United States and southern Pacific. The scientists matched the whales by looking at their skin pigmentation patterns and dorsal fin shape [LiveScience].

There are thought to be about 2,000 of the endangered blue whales living off the western coast of North America, and the global population is thought to number between 5,000 and 12,000. That's down from an estimated population of 200,000 before commercial whaling's heyday. Related Content: 80beats: West Coast Killer Whales Are Poisoned by Pollution-Tainted Killer Salmon 80beats: Controversial Deal Could Allow Japan to Hunt More Whales 80beats: Cacophony in the Ocean May Confuse Whales and Drown Out Their Songs 80beats: Navy 1, Whales 0: Supreme Court Allows Navy’s Sonar Exercises 80beats: Mini Helicopters Conduct Whale Check-Ups by Flying Over Blowholes

Image: flickr / Ryan Somma. A model of a blue whale in the American Museum of Natural History.