Blue by Design: The Shimmering Wings of Chapman’s Blue Butterfly 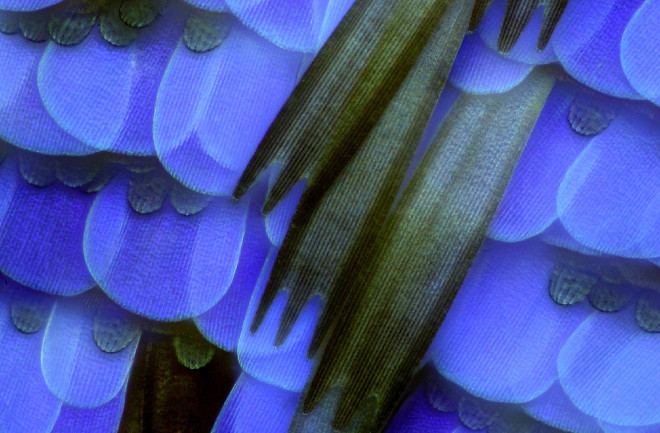 The male Chapman’s blue butterfly — native to southern Europe, Morocco and the Middle East — is known for its wings of shimmering azure. Even at 500x magnification, the hue remains intense. But this striking shade doesn’t stem from pigment; it’s created when light passes through nanostructures within the scales, an effect known as diffraction. Chemist Anne Gleich of Kaiserslautern, Germany, snapped this image to learn more about the process. The photo won an Image of Distinction award in the 2016 Nikon Small World contest.