Beetles Use the Night Sky to Steer Dung Balls

The humble dung beetle navigates with the help of the stars. 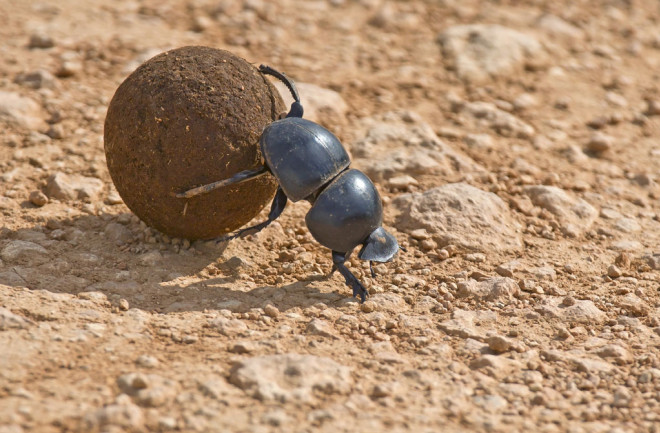 People have used the constellations to navigate for thousands of years. Birds and seals have been shown to find their way by the stars, too. But who would’ve thought the humble dung beetle had celestial navigation figured out?

Zoologists in South Africa observed dung beetles rolling their dung balls in straight lines on clear nights, but not on cloudy ones, and wondered why. For a study published in Current Biology, the researchers brought dung beetles to the Johannesburg planetarium. To determine whether the beetles were using stars to orient themselves rather than other environmental cues, the scientists projected a starry night sky onto the planetarium’s ceiling. The beetles were able to roll their dung balls in straight lines. When a plain black, starless sky was projected, they roamed aimlessly.

[This article originally appeared in print as "Star Pupils: Beetles Use the Night Sky to Steer Dung Balls."]