Barbra Streisand Loved Her Dog So Much... She Cloned It 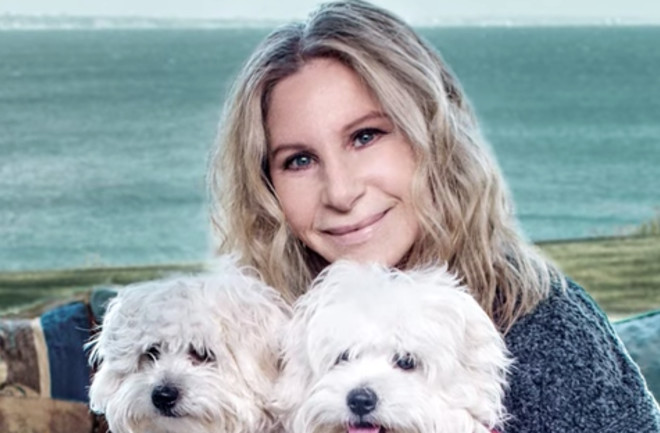 (Russel James/Variety/YouTube) It’s rough when a pet passes away. For those that can't bear to be apart, they can clone their beloved animal. That’s what Barbra Streisand did — not once, but twice. She recently revealed to Variety that two of her three Coton de Tulear dogs are cloned. “They have different personalities,” Streisand told Variety. “I’m waiting for them to get older so I can see if they have her brown eyes and her seriousness.” Cells were taken from the mouth and stomach of her favorite dog, Samantha, before she died in 2017. One cloning method is the somatic cell nuclear transfer (SCNT): the nucleus from a healthy egg cell is removed and replaced with a nucleus from another cell. That new egg is then planted inside a donor mother, creating a genetic match to the nucleus donor. That's how scientists made Dolly, the animal that proved cloning was possible, in 1996. She lived for six years, about half the lifespan of a typical sheep, passing away from a common ailment. However, her siblings lived longer and healthier lives, and since Dolly, scientists have cloned numerous animals including mice, buffalo, and most recently a pair of monkeys. https://www.youtube.com/watch?v=ZH0IjyScp00 But you'll have to dish out some serious cash. Cloning company ViaGen Pets currently charges $50,000 for dogs and $25,000 for cats. The company charges more for dogs because they go into heat less than cats, so it's often harder to get them pregnant. Yup, your cloned pet comes into the world via a surrogate. All a loving owner needs to do is send ViaGen Pets a tissue sample before their buddy passes away.

Would You Clone a Pet?

I conducted a quick and highly scientific (sarcasm, people) poll asking people around the Discover headquarters, who have either owned a pet or currently own a pet, if they would clone their animal. Sixty percent said they definitely wouldn't, while 20 percent said they might. The remaining 20 percent said they would clone their animal. The sample size was only 10 people (like I said, highly scientific), but it did spark many discussions. Some people realized they didn’t really like their past pet, so they’d rather start anew. Others thought it’d be cool in principle, but likely would be too creepy in reality. Some loved their past pet so much that they immediately said yes, beaming at the thought of playing with their furry friend again. If cloning animals isn't enough, how about customizing one to fit your preferences? In 2015, Chinese scientists said they created a gene editing technique to do just that. They genetically modified beagles, bulking them up to beefy beagle bros — I sure wouldn’t want to be a mail carrier around those swol' canines.