Are Frogs Hopping Straight Into Extinction?

A new study says yes, and here's why. 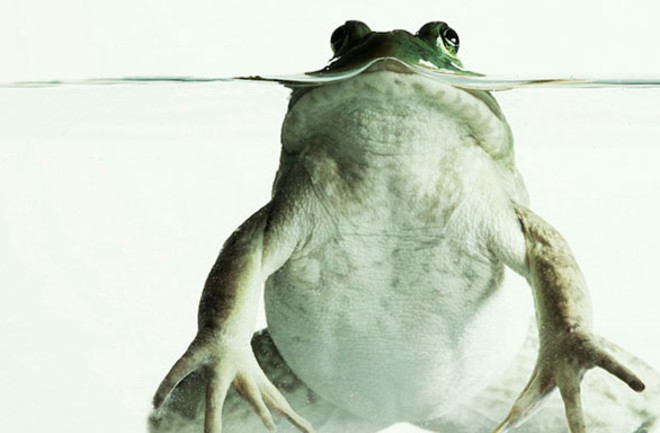 The scientific debate over why amphibians—such as frogs, toads, and newts—are dying off has been raging for nearly two decades. Now, a historical study published in PNAS this past August has declared that the “world’s sixth mass extinction” may be under way. “Looking at this decline from the long-term perspective is, quite frankly, scary,” says Vance Vredenburg, an ecologist at San Francisco State University and a coauthor of the study.

Clearing land for farms and developments has long been assailed for destroying amphibian habitats, but the main culprit in their deaths, according to the report, is chytridiomycosis, an infectious disease caused by a waterborne fungus. There are many unknowns that need to be answered, Vredenburg says, before we can create an antifungal spray or inoculations to save amphibians. These include how the fungus survives in places without amphibian populations and whether other species are spreading the fungus.

The study confirmed that until we find a way to fight the fungus, the most actionable advice to date is to begin captive breeding, a move suggested in a seminal study of amphibian disappearance published in Science four years ago. If we do nothing at all, scientists warn, the 1,900 threatened species of frogs, newts, and toads could continue to die off, in turn creating a boom for insect populations and wreaking havoc on ecosystems and food webs.