Are Drones Bad News for Bears? 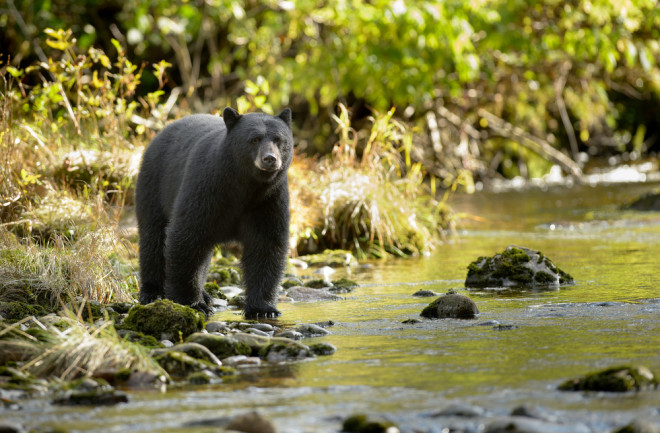 (Credit: NaturesMomentsuk/Shutterstock) Are drones truly unbearable? Mark Ditmer, a wildlife researcher at the University of Minnesota, has been asking himself that question a lot lately. Last year, Ditmer grabbed headlines when he published evidence in the journal Current Biology suggesting drones, UAVs, UAS — whatever you want to call them — might be stressing out wild black bears. Basically, when the bears spotted, or heard, Ditmer’s drone overhead, cardiac biologgers fitted on the bears indicated their heart rates soared, a possible sign of acute stress. “Given how the media are pretty interested in drones right now, we knew (the study) would get some attention. It was a little overwhelming,” says Ditmer. “Who doesn’t love a good bear story?” Will drones always accelerate the pace of a black bear’s ticker? Were the bears actually stressed or just entering a state of heightened awareness? Ditmer’s first study raised more questions than answers, but he’s designed a new experiment, literally launched last week, to gather more evidence about bears’ relationship with drones.

Ditmer wants to find out how, or if, wildlife cope with human-caused stressors like drones, so he’s buzzing them (safely) at low altitude over the heads of five black bears housed at the Wildlife Science Center in Minnesota. He’ll conduct multiple UAV flights each day, for five weeks this spring. Then, he’ll repeat the process for a five-week session in fall.

A image captured from a drone flying over the black bear enclosure at the Wildlife Science Center in Minnesota. (Credit: Courtesy Mark Ditmer) All the while, he’ll once again track the bears’ heart rates to see if they spike when a drone is nearby. The “summer vacation” in between sessions will help Ditmer and his team determine whether bears remember the drones, or if they need to get used to them all over again come fall. “We know these things can induce stress responses in wildlife, but we want to understand if, and how long, it takes for the bears to habituate to them,” says Ditmer. There is, of course, a caveat to the study: captive bears might already be acquainted with humans and their annoying activities. Therefore, the physiological responses of captive bears might not reflect what happens in wild bears. Still, drones are poised to play increasingly larger roles in wildlife researchers' plans moving forward. Studies like Ditmer’s will help scientists working in the field minimize impacts on wildlife, and data, in drone-assisted studies. “It’s a way to pump the brakes a little bit,” says Ditmer. “We need to develop some best scientific practices before diving into all the applications that drones provide.”