Any deadly viruses to declare? 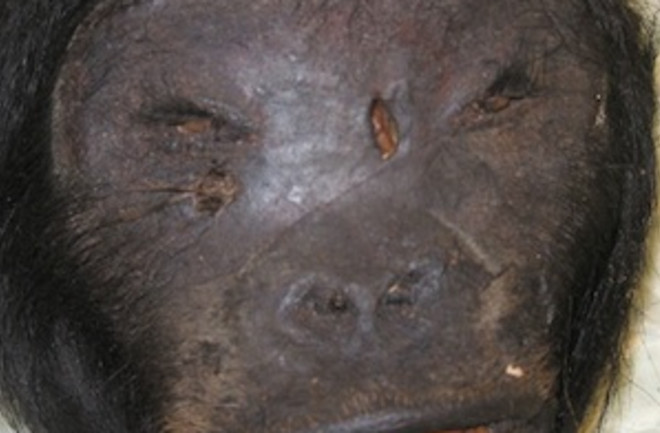 Today, a company called Ion Torrent announced they were going to start selling a DNA-sequencing machine that can sequence an entire human genome for $1,000. It's just the latest milestone in the long-term crash in the cost of gene-reading. There are lots of benefits that will flow from this ongoing transformation. For one thing, as I wrote in 2010 in the New York Times, it's getting easier to identify new viruses that could turn to be the next HIV or SARS.

To research my story, I paid a visit to the Center for Infection and Immunity at Columbia University. On the day I dropped by, Ian Lipkin and his colleagues were very busy:

Some researchers were examining New York flu, others African colds. The blood of patients with mysterious, nameless fevers was waiting to be analyzed. There was dried African bush meat seized by customs inspectors at Kennedy Airport. Horse viruses, clam viruses: all told, members of Dr. Lipkin’s team were working on 139 different virus projects. It was, in other words, a fairly typical day.

Some of the research that was going on that day--specifically, the research on JFK bushmeat--was published today

in the journal PLOS One. The Columbia researchers collaborated with a network of other scientists at the Centers for Disease Control, the Wildlife Conservation Society, Tufts University, the American Museum of National History, and the EcoHealth Alliance to do the first pilot study of the viruses that are carried from country to country by the wildlife trade. They undertook the study because many of the world's worst diseases are the result of pathogens switching from animal hosts to us. HIV started out as a chimpanzee virus, which first infected hunters in Cameroon. SARS started in bats, and then spread to palm civets, which then transmitted the virus to people in Chinese animal markets. There's no reason to think that we've seen the last virus jump to our species. So scientists are starting to set up monitoring programs, in the hopes of reducing the chance that the next spillover is not a complete surprise. As illustrated by HIV and SARS, a lot of viruses come our way through trade in animals. At first, this trade was small-scale. A hunter might come out of the jungle and barter some monkey meat for shoes. Chinese animal markets bring animals from hundreds of miles away. And today, with planes hopping between continents every day, the wildlife trade is now moving animals--and the viruses they carry--around the planet. About 120 million live animals are illegally imported into the United States every year, along with 25 million kilograms of meat and other wildlife remains. The animals that customs agents seize come most often from countries such as China, Hong Kong, and Nigeria--countries that plagued with some of the most worrisome animals viruses, such as Nipah virus and the H5N1 bird flu. It's likely that West Nile virus first came to the United States in a bird destined for the pet trade; after first showing up in 1999, it's now found throughout much of the country. Yet nobody has systematically looked at the viruses being brought into the United States through the bushmeat trade. The authors of the new study studied wildlife products seized by customs agents at JFK airport between 2008 and 2010, and later also looked at additional seizures in Philadelphia, Washington, Houston, and Atlanta. (The gruesome picture above, from the paper, is a primate head seized at JFK.) All told, they looked at 44 animals. Nine were primates, and the rest of were rats. The scientists isolated DNA from the meat to identify which species it came from. Their sources including chimpanzees and several species of monkeys. The scientists then fished for genetic sequences of viruses. As they report today, they found a bunch. All nine primates the scientists studied had viruses in them--a variety of simian foamy viruses, cytomegaloviruses, and lymphocryptoviruses, all of which have worried scientists for their potential to cross over from animals to humans. Since this was just a preliminary study, the scientists did not run experiments to see how well the viruses could infect human cells. So we don't know if these viruses posed any threat to humans. But that's no reason to get complacent. The scientists only studied nine primates, after all--a tiny sample of the torrent of primate bushmeat that comes into the country each year. And then there are the swarms of reptiles, mammals, and birds that come into the country as well, carrying potentially dangerous viruses that the scientists didn't even look at. If people going through customs had to declare all the animal viruses they were bringing into the country, the list would likely be frighteningly long.

(For more information, see my book, A Planet of Viruses, my podcast interview with one of the study co-authors, Peter Daszak, and The Viral Storm by Nathan Wolfe.)