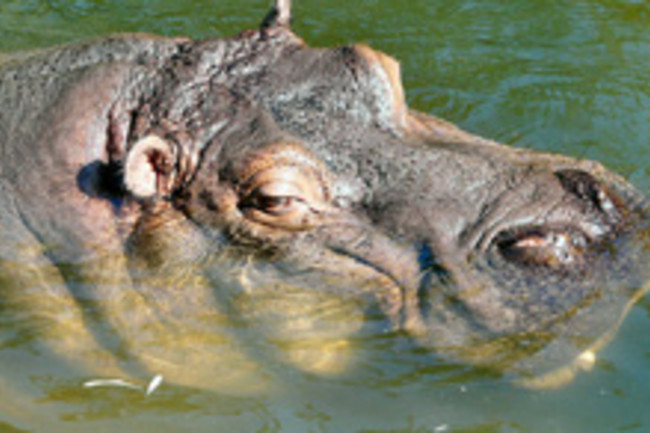 It's hard out there for a hippo. An international medical team was in the process of castrating Lieber, a five-year-old hippopotamus, as part of an effort to control population growth in the zoo where he lived. But his heart stopped after his second dose of anesthetic, given to repair a torn suture. A veterinarian tried jumping up and down on the animal to restart his heartbeat, but was unsuccessful. The Israeli zoo has 40 hippos, which its spokeswoman says is the largest captive herd in the world, and to keep it under control, they castrate males who are feared will become too aggressive. The tragic video about the incident can be seen here. Our take: a more effective, and far less tragic, way to control population might be to just keep fewer hippos. Related Content: Discoblog: Lather Up: New Sunscreen Could Be Inspired By Hippo Sweat