Ancient People Came From All Across England to Party at Stonehenge 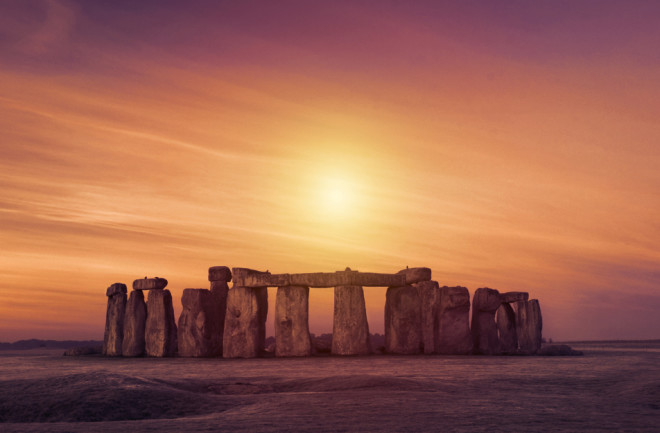 (Credit: Enea Kelo/Shuttestock) Some things, it appears, never change. Death and taxes are certainties, the poor we will always have with us, and of course war… war never changes. But, according to a study today in the open-access journal Science Advances, similarly untouchable is the status of Stonehenge and its ilk as tourist destinations — and our love for partying it up with pork. The study, by a team of British archaeologists and geologists, analyzed the chemical components of pig remains at sites near the famous stone circle and found that the animals came from all over Britain. It suggests not just that humans’ pork-loving nature, and Stonehenge’s branding, have remain unchanged for millennia, but also that the early Britons were a more interconnected and mobile society than previously thought.

Feasts From Far and Wide

Researchers had long known that Stonehenge and nearby henge sites in southern Britain were party central for the locals back in the day, which in this case is the Late Neolitic, roughly 4,500 years ago. They’ve found massive piles of bones there belonging to pigs — which the authors refer to, accurately, as “the prime feasting animals” — suggesting these were the locations of enormous feasts. But because human remains are actually rare, we didn’t know just how enormous. Was it just the locals who went, or did the festivals bring people from all over? To try to figure that out, the study’s authors analyzed the ratios of isotopes (basically, different versions) of certain chemical elements within 131 pig remains. They looked specifically at varieties of strontium, oxygen, and sulfur, which have unique ratios depending on the animals’ native geology, climate and coastal proximity, respectively. The team also analyzed nitrogen and carbon, which shed light on the pigs’ diet. The results were clear. “The Neolithic pig data are exceptionally wide-ranging,” the authors write; the three location-specific elements representing mobility showed much variety, as did the diet-based elements, suggesting the animals came from different environments. “These data are strongly suggestive of a considerable volume of human-mediated movement.” Ancient peoples were likely coming from all over the island — northeast England, western Wales, southern Scotland — and bringing pigs with them. Stonehenge Stories That's kind of a novel idea. “Results demonstrate that the Late Neolithic was the first phase of pan-British connectivity,” the authors write, showing “a level of interaction and social complexity not previously appreciated.” No other evidence had suggested the ancient Britons were even technologically capable of such complex intercommunity, let alone engaging in it. Then again, this is the first major multi-isotope analysis of the era (and one of the first showing pig remains are worthy candidates for it), so we may see more such findings in the future. Finally, we can even deduce a little about these people themselves, since pigs would’ve been plentiful in the region already, and they’re not great at covering long distances (there’s a reason the Wild West didn’t feature pigboys driving herds of hogs). “Transporting them, either slaughtered or on the hoof, over hundreds or even tens of kilometers would have required a monumental effort,” the authors write. “This suggests that prescribed contributions were required, and that rules dictated that offered pigs must be raised by the feasting participants, accompanying them on their journey, rather than being acquired locally.” Even as far back as the Late Neolithic, it was rude to show up at a party empty-handed. One more thing, it seems, that never changes.