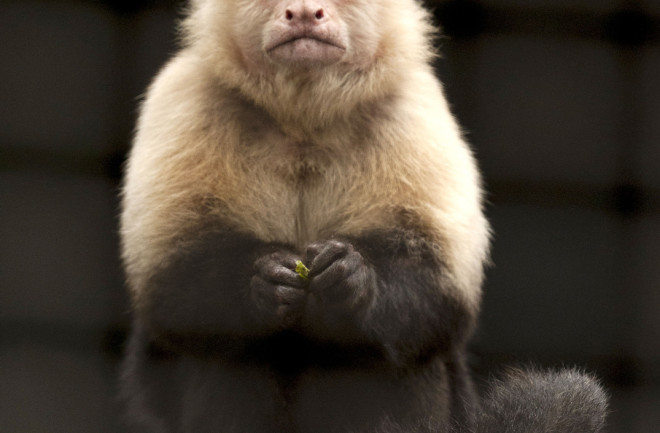 Researchers have long thought that some 30 million years ago, monkeys migrated by land bridge or a raft of debris from Africa to South America — and stayed there. They headed north only after the Isthmus of Panama was fully formed, about 3.5 million years ago.

But the fossilized teeth, which belong to the newly described monkey species Panamacebus transitus, predate the Panamanian land bridge by millions of years, according to the team that published the find online in Nature in April.

The 21 million-year-old teeth were found on part of the isthmus that was a peninsula at the time. They suggest a population of P. transitus traveled miles of then-open water between South and North America, perhaps on a raft — the earliest mammals known to have made this intercontinental migration by more than 12 million years.

Sadly, the continent-hopping exploits of P. transitus were probably short-lived: They appear unrelated to any monkeys currently living in the region, indicating the pioneer population died out.