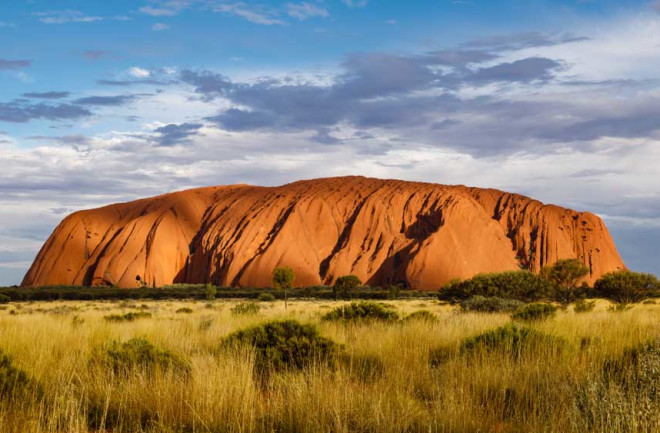 Aboriginal people hold Ayers Rock, or Uluru, as a sacred site. (Credit: Uwe Aranas/shutterstock) Scores of Aboriginal Australians were taken from their homelands when Europeans colonized Australia. And today, native peoples and their ancestors’ remains are scattered throughout the country and at museums around the world. Now, new research shows DNA analysis can identify where to repatriate the ancestral remains. “Our findings show that DNA can be used to help determine the origin of ancient Aboriginal Australian remains that have [otherwise] been impossible to provenance,” said Joanne Wright, a human evolutionary biologist at Griffith University in Australia, who led the new research. The approach could return indigenous people’s remains to their homelands and kin around the world, the researchers say.

Beginning in 1788, when the British First Fleet arrived to Australia, European colonizers gathered up the remains of Aboriginal Australians for scientific research or museum collections. For decades now, native communities have been asking museums to return their ancestors. Many Aboriginal people believe their ancestors’ spirits cannot rest until their remains return to their relatives and ancestral lands. But the homelands of many Aboriginal remains are unknown. “One of the major challenges ... is the unknown [origin] of many remains, which were simply labeled ‘Aboriginal’ in many cases, without further detail on the region or community,” said Martin Sikora, a geneticist at the University of Copenhagen in Denmark, who co-led the new work with Wright. “We did not know how much ancient ... Aboriginal Australians had moved around,” added Wright. “It was possible that people had migrated very long distances.”

A number of Aboriginal Australian communities approached the researchers asking if they could help return their ancestors. In collaboration with Aboriginal Australian researchers, Wright, Sikora and colleagues tested an idea. They isolated DNA from 27 sets of ancestral remains from Aboriginal burial sites and previously repatriated remains. Then they compared this ancient DNA of known origin to DNA from contemporary communities. The team used the data to match the remains to their respective homelands, the researchers report today in the journal Science Advances. The “DNA analyses successfully identified the closest match to a contemporary individual from the same geographic area from which the ancient remains had originated in 100 percent of cases,” Wright said. The research shows DNA analysis of ancient genetic material is a feasible approach for identifying where indigenous ancestral remains belong. “We hope that this will help return Aboriginal Australian ancestral remains to their kin and Country,” Wright said.