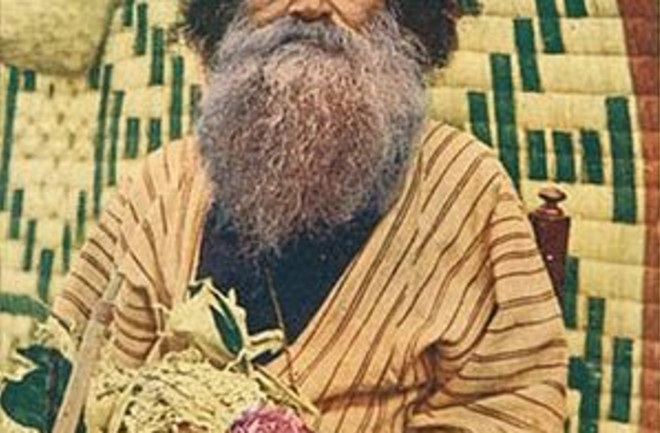 Well, not really. But a new paper in PLOS GENETICS has a really weird speculation nested into the discussion of what seems a relatively banal paper on the phylogeography of South Americans. It's a Y chromosomal survey of the populations of the New World, so it's tracing the male lineage only. Because Amerindian populations likely went through at least one (more if you accept multiple migrations) bottleneck the variation on the Y chromosome is low. Ideally you'd be looking at tens of thousands of markers on the autosome, the non-sex inherited genome. But this group had a very good population coverage. Over 1,000 men from 50 tribal populations, with a focus on South America. Additionally, non-recombining markers are more manageable in terms of reconstructing demographic histories.

Here's the frankly bizarre inference (it may still be right, but it's still bizarre):

In view of the above, two scenarios for the introduction of C3* into Ecuador seem credible: (i) one or more late migratory waves that quickly passed North and Central America without leaving a trace of C3*, and (ii) long-distance contact with East Asia. As regards the second scenario, there appears to be at least some...In particular, the similarity of ceramic artifacts found in both regions led to the hypothesis of a trans-Pacific connection between the middle Jōmon culture of Kyushu (Japan) and the littoral Valdivia culture in Ecuador at 4400–3300 BC. In view of the close proximity of the spotty C3* cluster to the Valdivia site, which was considered at the time to represent the earliest pottery in the New World [40], it may well be that C3* was introduced into the northwest of South America from East Asia by sea, either along the American west coast or across the Pacific (with some help by major currents). Please note that they modeled the last common ancestors of the East Asian and South American C3* lineages, and it looks to be ~6,000 years before the present. But if I'm reading the results table right the intervals could push it as far as ~10,000 years before the present.

To me this looks like the Indian-admixture-into-Australians paper. Suggestive, but so strange that we should wait until our prior expectations are obviously wrong. Unfortunately I don't see the raw data in the links, though perhaps if someone could find them they could post that in the comments. I would be curious to replicate the results at some point.