A world of genetic diversity within a single tree 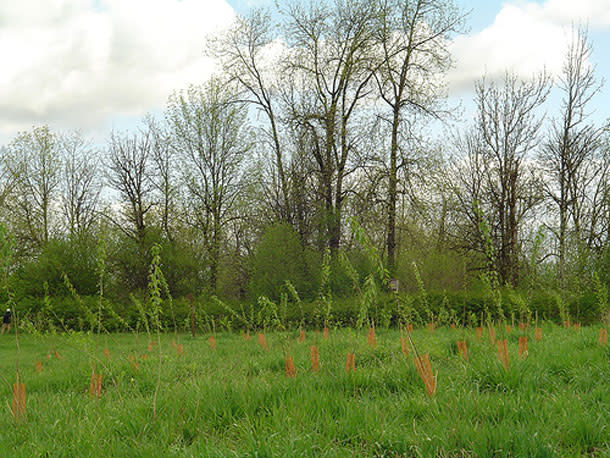 Words like “individual” are hard to use when it comes to the black cottonwood tree. Each tree can sprout a new one that’s a clone of the original, and still connected by the same root system. This “offspring” is arguably the same tree – the same “individual” – as the “parent”. This semantic difficulty gets even worse when you consider their genes. Even though the parent and offspring are clones, it turns out that they have stark genetic differences between them. It gets worse: when Brett Olds sequenced tissues from different parts of the same black cottonwood, he found differences in thousands of genes between the topmost bud, the lowermost branch, and the roots. In fact, the variation within a single tree can be greater than that across different trees. As Olds told me, “This could change the classic paradigm that evolution only happens in a population rather than at an individual level.” There are uncanny parallels here to a story about cancer that I wrote last year, in which British scientists showed that a single tumour can contain a world of diversity, with different parts evolving individually from one another. I learned about Olds’ study at the Ecological Society of America Annual Meeting and wrote about it for Nature. Head over there for the details. Photo by Born1945