When you get up close and personal, even everyday objects start to look alien. 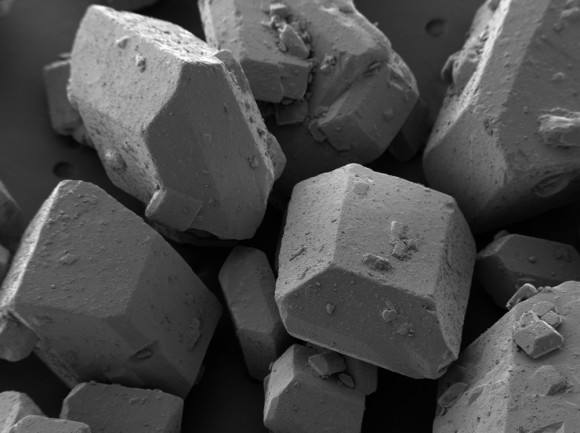 Sugar grains at 50x. The crystals are both differently shaped, because their molecular structure is different, and much larger than the salt crystals. 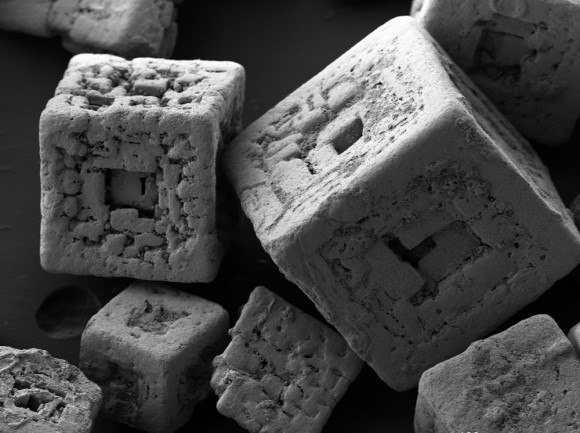 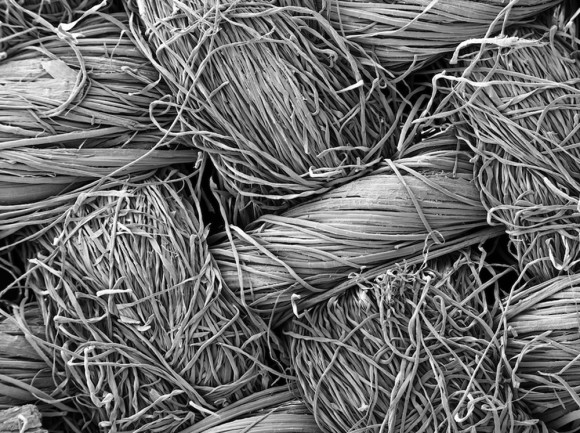 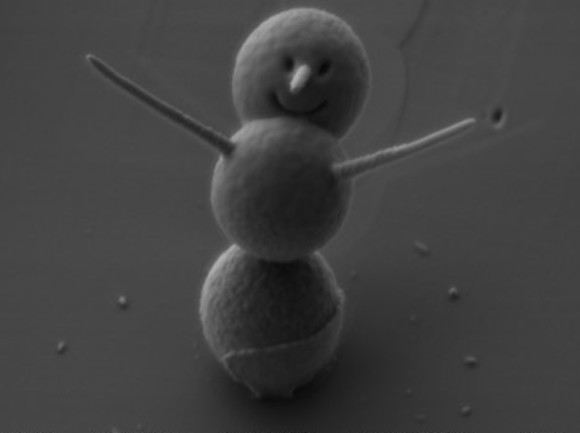 The world's tiniest snowman, it stands just three microns, or three-millionths of a meter, tall. To get face to face with the little guy, the microscope had to magnify him 25,000 times.

Todd Simpson of Western University first created the "snowman" back in 2005 in the process of creating tiny silica spheres. Sometimes, several of the spheres would stack on top of each other in the process of depositing them on a polymer film, and he found this creation again in 2016.

Though he originally noted the resemblance at the time it was made, his first attempt at making a snowman consisted of just drawing arms and a face on a picture of the silica spheres. This time around, he used an ion beam instrument to carve a mouth and eyes and deposited platinum to create the arms and nose.

No chance of melting this Frosty, although you should probably be careful of stepping on him. 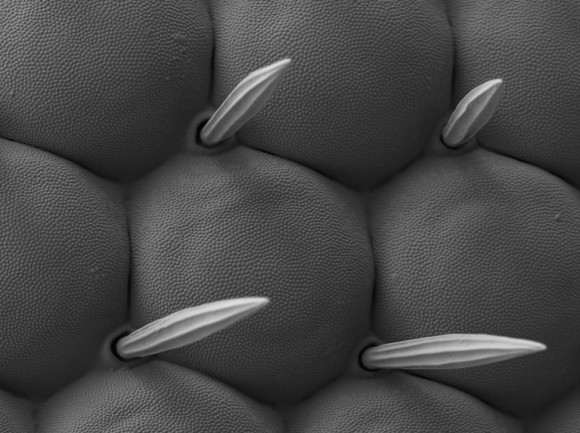 The eye of a fruit fly at 3000x magnification. You can see several of the 760 units that make up the fly's compound eyes, each is filled with photoreceptor cells. 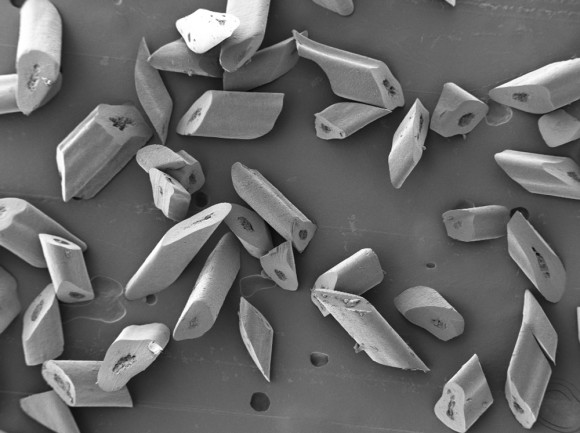 A jumble of mustache trimmings, magnified 50x. Note the difference between the outer dermis sheath and the inner cuticle and cortex layers. 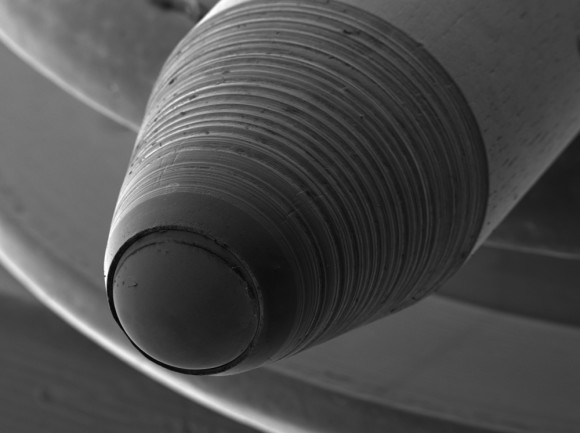 When you get up close, the world looks much different. At Western University's Nanofabrication lab, researchers spend their time bringing the unseen into view to manufacture and study components for electronics, drug delivery, nanomaterials and more.

The microscopes the lab uses can also be out to more prosaic purposes, like showing us the true forms of objects we encounter during the course of our everyday lives. Ballpoint pens, grains of sugar and even pennies hide intricacies invisible to the naked eye.

Browse through and peer closely into the world around you, thanks to images courtesy of Zeiss Microscopy. At left is a ballpoint pen, imaged at 30x magnification. 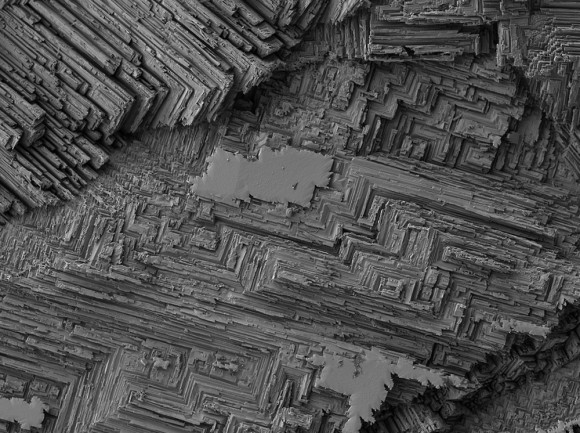 An old copper penny at 5,000x magnification. The finely tabled landscape is the result of tiny etch marks on the penny's surface. 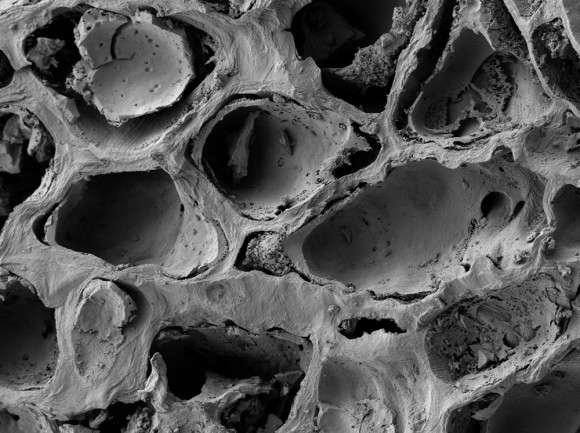 Grounds of coffee seen up-close at 750x magnification. The tiny pores you see are affected by the roasting process — higher temperatures result in larger pores and vice versa. 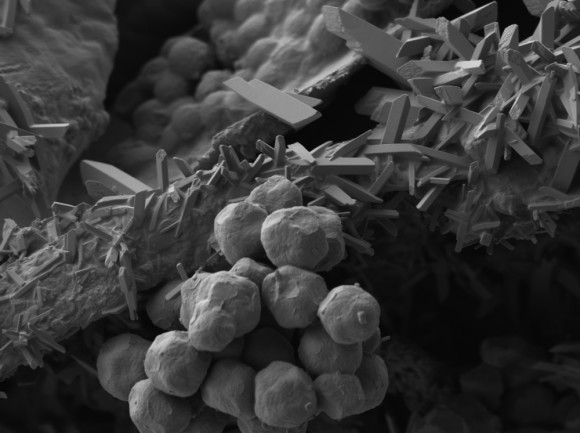 Grounds of black pepper that have been magnified 5,000 times.