A twist in the tale of dinosaur proteins 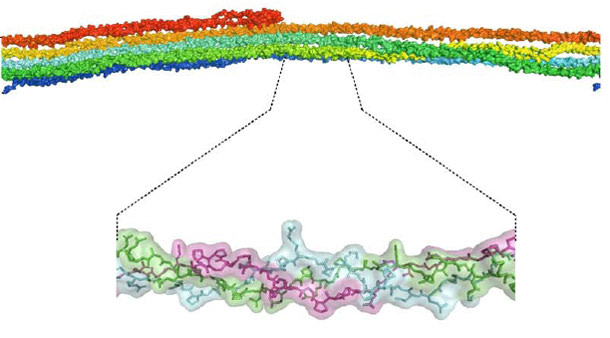 I have a piece in Nature News about the controversial claim that Mary Schweitzer has recovered proteins from the fossilised bones of two dinosaurs - Tyrannosaurus and Brachylophosaurus. These samples are 68 and 80 million years old respectively, and the discovery of proteins that ancient has been met by excited awe from some scientists and aggressive criticism from others. Evan Ratliff wrote a fantastic piece about the debate circa mid-2009, and I blogged about the Brachylophosarus discovery that cropped up since. The new paper is an important part of the story because it addresses one of the biggest source of contention - the implausibility of proteins surviving for tens of millions of years. Here's an excerpt, but do read the full thing:

Scientists have discovered how fragments of the protein collagen might have survived in fossilized dinosaur bones. The intertwining, rope-like structure of the molecule, a major component of bone, could have shielded parts of the protein from enzymes and the elements for tens of millions of years, they say. The results, which are published in PLoS ONE, support the contentious claim that dinosaur proteins have been recovered and sequenced. Collagen molecules consist of three long protein subunits that coil around each other in a triple helix. Five of these helices wind together to make up a microfibril, and thousands of microfibrils gather to form a fibril. "It's like a massive, multi-stranded rope," says James San Antonio, lead author of the paper and a biochemist at Orthovita, a medical-implant manufacturer in Malvern, Philadelphia. San Antonio's team compared the recovered collagen fragments with models of human and rat collagen, and found that all 11 pieces came from the innermost parts of the microfibrils. Some originated in the same location in both dinosaurs. The researchers say that sites deep inside the collagen fibre would have been shielded from degrading enzymes and the environment.