A Titan for the Record Books

100 million-year-old giant is the likely the largest creature ever to walk the Earth. 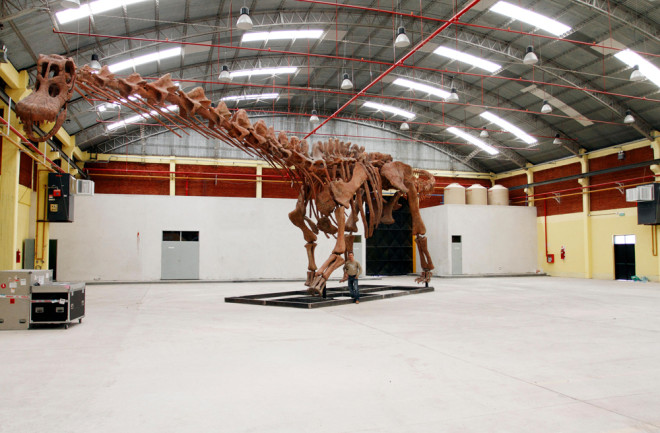 This past summer, paleontologists announced a new contender for largest dinosaur: Patagotitan mayorum. The 100 million-year-old giant was a type of plant-eating, long-necked sauropod called a titanosaur, and is likely the largest creature known to have walked the planet.

An international group of researchers described the animal in August in the journal Biological Sciences, after analyzing the partial skeletons of six individuals unearthed in Argentina in 2014. They estimate the animal grew up to 122 feet long and weighed roughly 69 tons — about the same as 10 fully grown male African elephants, today’s largest land animal.

Phil Mannion, a sauropod expert at Imperial College London who was not involved with the study, praises the find. “Whether or not Patagotitan is the largest known dinosaur,” he says, “it fills an important gap in our understanding of these gigantic animals.”