A Real Live Case of a Darwin Fish? 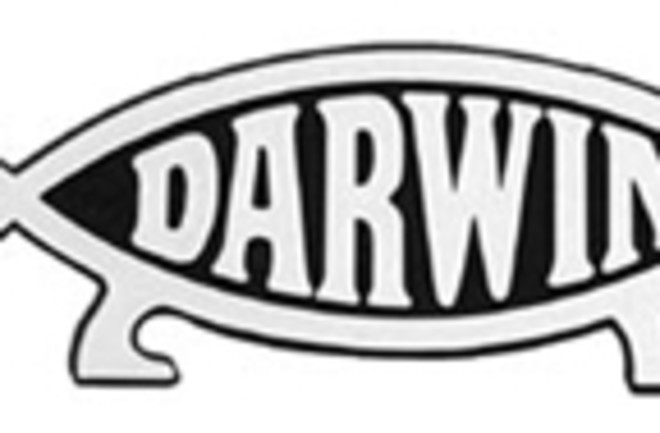 Here's a study that might give Ben Stein pause: a team of researchers at U.C. San Diego have just released a finding that patterns of overfishing may be causing certain fish species to undergo rapid evolution in order to survive. Using around 50 years worth of data tracking both fished and unfished species off the coast of California, the researchers set out to answer the age-old question (among fish researchers, anyway), "Why do heavily fished species, like tuna, vary so much in size, while non-sushi-worthy species stay relatively uniform?" Their conclusion is as follows: When all the larger members of the population are caught in nets, it leaves behind only the smaller and younger fish, which are more vulnerable to "vagaries" of the ocean like changing currents and fluctuating surface temperatures. This phenomenon, known as "juvenescence" (also look for it in the drug store next to Oil of Olay) leads to an "intrinsic lack of stability" that could drive the species into extinction. Which is where evolution comes in: The team found evidence that, in some cases, the smaller fish appeared to adapt both physically and genetically in order to survive. Their findings add to an already growing body of research indicating that evolution (driven by humans, in this case) can happen a lot faster than we think. After all, if Jesus was a fisherman, why can't Darwin be, too?