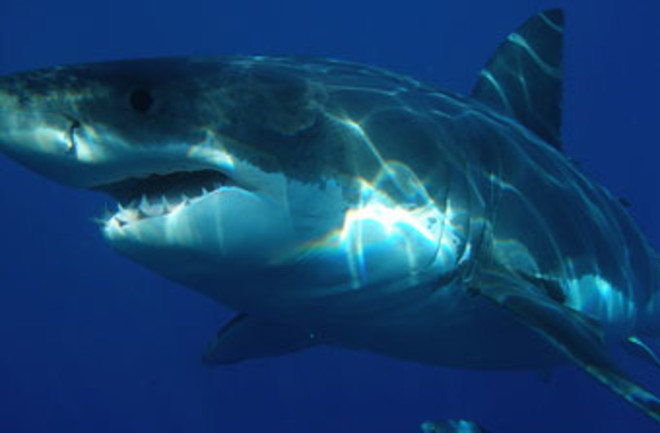 With Shark Week, the Discovery Channel's annual paean to the ocean's apex predators, in full swing, many of us have sharks on the brain. At Smithsonian, Megan Gambino interviewed ichthyologist George Burgess---curator of the International Shark Attack File, an archive of thousands of attacks spanning the last five centuries---about an unusual chapter of the animals' past: Over the course of two weeks in July 1916, a great white shark attacked five people along the Jersey Shore, killing all but one. The bizarre string of attacks inspired the book, and later the film, Jaws. Initially, however, as Burgess recounted in the interview, people didn't even believe a shark was to blame:

The thinking was it couldn’t be a shark, because we don’t have sharks here. It must be a sea turtle. Someone suggested it was a school of turtles that was coming in and biting things. Of course, turtles don’t school, and they don’t bite human beings, but it sounded good. A killer whale was suggested as well. The theories abounded and were allowed to get out unchecked into the media simply because there was not a forceful scientific authority that really knew what was going on to step right in and try to level the conversation.

Scientists today know a great deal more about how sharks live---and the rare circumstances under which they attack---than they did a century ago. But the tendency to portray sharks as savage, indiscriminate predators still lingers today, particularly when humans enter the equation---or end up in the water. As Burgess told Smithsonian:

In newspaper accounts of the 1916 attacks, the shark is referred to as a “sea monster” and a “sea wolf.” Exactly. It is unfortunate when we still see remnants of that today. I’ll have a little game with you. You drink a beer every time you hear the expression “shark-infested waters.” See how drunk you get. Whenever a boat goes down or an airplane goes down, we hear that kind of thing. I correct folks all the time. Sharks don’t infest waters, they live in them. Lice infest; they are parasites. There is still bias in that sort of thought process today.

Read the rest at Smithsonian.