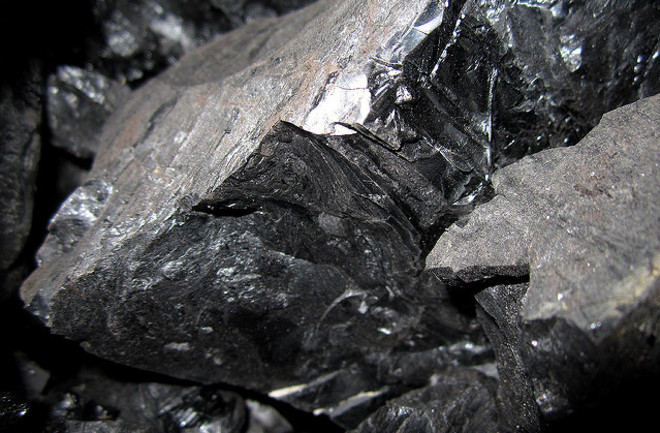 Natural gas is an increasingly important energy source, as vast reservoirs are being accessed through fracking, coal exploitation, and, in the not-too-distant future, subseafloor hydrate ice mining. But how exactly all of this fuel is being made deep underground is not very well known; figuring out will tell geologists how carbon moves through the planet and whether or not we should depend on natural gas reserves as a long term energy source.

Methane is the dominant ingredient of natural gas, a result of complex, gooey organic molecules being chopped up into smaller pieces by industrious microbes or the pressure cooker burial of geological activity. The microbial instigators are members of the archaeal domain, producing methane from just a few precursors: carbon dioxide, methanol, methylamines, and dimethylsulfide.

Last week, a team of researchers from Japan’s Institute of Advanced Industrial Science and Technology led by Daisuke Mayumi reported a new addition to the list: methoxylated aromatic compounds (MACs). It doesn’t exactly roll off the tongue, but these molecules, which combine an aromatic ring with an oxygen-bound CH3 group, are common in coal beds. MACs are a lot bigger than most methanogenic precursors, and have typically been assumed to be relatively inert. They also have a distinct chemistry – tearing the CH3 from oxygen would presumably require a different biochemical process than those used for methanol or sulfur-bound CH3 groups.

Mayumi tested ten types of previously isolated methanogens by feeding them several different flavors of MACs and looking for methane production. Only two of the microbial strains were up to the task, one of which had a home-field advantage: Methermicoccus shengliensis AmaM was isolated from a high-temperature oil reservoir deep underground, where it likely encounters MACs on a daily basis. To move up the ladder of complexity / realism, the team next fed the two winning strains coal with different MAC abundances. Again, the microbes made methane, but the activity rates seem to be pretty slow, so it’s unclear exactly how much this new metabolism contributes to natural gas production in coal beds.

The team’s findings are a compelling indication of a previously unknown metabolism, a new way for microbes to make a living through biochemical innovation. And the subterranean reality is probably even more remarkable. For experimental ease, Mayumi only used known methanogens that can be grown on their own, in pure culture. But the vast majority of microbes have not been isolated, and the ability to produce methane seems to exist beyond canonical methanogens. These factors suggest that coal-based metabolism is an intricate process involving several members of a microbial community; making methane from MACs is likely just the tip of the iceberg.

Adding another metabolic pathway to the catalog of microbial processes is always an exciting occasion, emphasizing just how adaptable and impressive biochemistry can be. Compared with this multiplicity of options happening on the microbial scale, we animals are downright boring, performing the same carbon-eating, oxygen-breathing metabolism. Fortunately, microbial innovation has picked up the slack: the discovery of “methoxydotrophic methanogens”, turning coal derivatives into natural gas, shows yet another way they sustain our planet and underlie our way of life.