A Monster To Remember After the Writers’ Strike 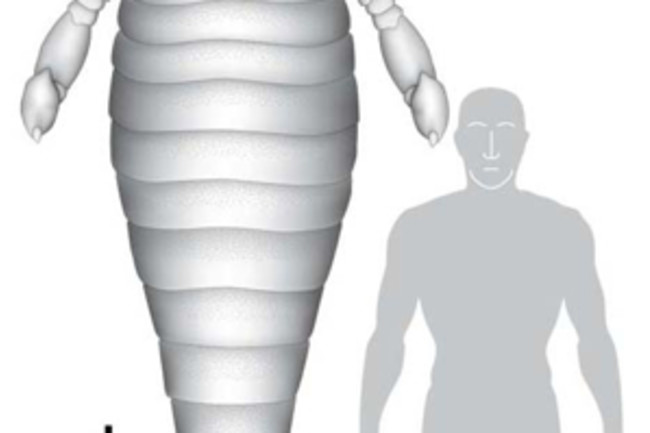 Once the writers' strike is over, anyone in the mood to make a new monster movie might consider this beast, described today in the journal Biology Letters. It's Jaekelopterus rhenaniae, a "sea scorpion" that lived 390 million years ago. Based on a fossil of its enormous claws was found in Germany, scientists estimate it measured 2.5 meters long. It's the biggest arthropod yet known, a giant among giants. At this period in the history of life, lots of insects, millipedes, and other sea scorpions grew to science-fiction sizes, possibly thanks to the high levels of oxygen in the atmosphere at the time. Our own ancestors--lobe-fin fish--might well have been the hapless prey of this spineless behemoth. Now--what would happen if some of them fell into an underwater cave, where they lingered for 390 million years until some foolish teenagers pulled away the rocks at the entrance and swam in...? Source: doi:Braddy et al, "Giant claw reveals the largest ever arthropod" doi:10.1098/rsbl.2007.0491