A Fortress That Fights Back: Structural Proteins in the Eye Double as Antimicrobials 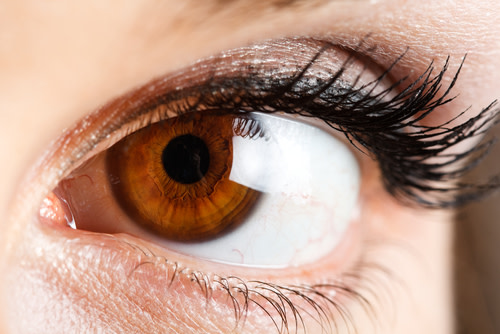 Bacteria invisible to the naked eye find their way to many of the external surfaces of our bodies, including the naked eye. But the eye isn't defenseless against this onslaught of microbes---researchers have found that it has special weapons for fighting back. This fight happens at the surface of the cornea, the eye's clear outer layer. New research

published in the Journal of Clinical Investigation has found that keratin---a type of protein that gives structure to the cornea and other tissues like skin, teeth, hair, and mucous membranes---protects against bacteria. If the eye is like a fishbowl, it's made of shards used for self-defense. Researchers say the new finding may lead to the creation of new kinds of antibiotics. In the study, researchers looked at cultured cells from the human cornea

and tested different parts for bactericidal activity, they discovered that the bactericidal part contained fairly short fragments of keratin, less than 30 amino acids long, or under than a tenth the length of the entire keratin protein

, could kill bacteria. Of the keratin proteins detected, the one that they found most consistently was a keratin known as cytokeratin 6A

, or K6A. To test how well this protein works in mice, they used a technique called RNA interference

to make the mice produce less K6A in their eyes, then killed some of those mice and incubated their eyeballs with Pseudomonas aeruginosa

, a common, disease-causing bacteria. The eyes that were rich with K6A fragments fought off the microbes; the ones without the keratin fragments were covered in five times more bacteria. The researchers also made synthetic versions of the keratin fragment and found that they would kill not only P. aeruginosa but also several other kinds of clinically relevant bacteria, including those that cause strep throat and staph infections. These keratin fragments could serve as a source of new drugs for these important human diseases; what's more, since they are based on a human protein, they have a better chance than some drugs of fighting infection without being shut down by the immune system.